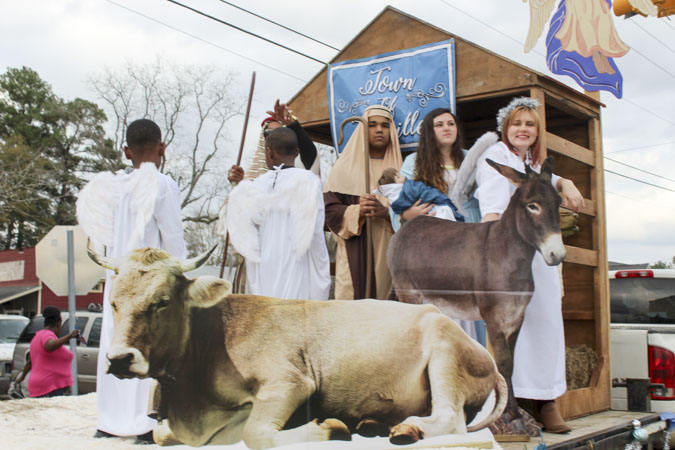 The city’s fourth annual holiday parade was its biggest, producing 85 participants that ranged from Dallas County, Birmingham and Montgomery. River Oak Fire Department and Safford Volunteer Fire Department, as well as countless horses were all part of the festivities.

Orrville Mayor Louvenia Lumpkin said she was honored to have the high number of participants.

“It’s bigger than I expected,” Lumpkin said. “We got good weather for the parade and we’re meeting new people.”

Lula Watters, the parade’s co-coordinator, said she enjoyed the high volume of participants.

“It’s a good thing that a lot of people want to be part of our parade,” Watters said. “It’s a beautiful day to have a parade. We had people sign up for the parade at the last minute.”

Montgomery’s Rodney White was one of several participants who drove a Mustang in the parade. Lumpkin said White often visits the city.

“We’ve done this for years,” White said. “We always come down to the parade and show support to Orrville.”

After the parade concluded, a community Christmas dinner was held at the Orrville Community Center. Orrville residents were treated to a delectable spread of barbeque chicken, baked beans, tossed salad, along with pound cake and sweet potato pie.