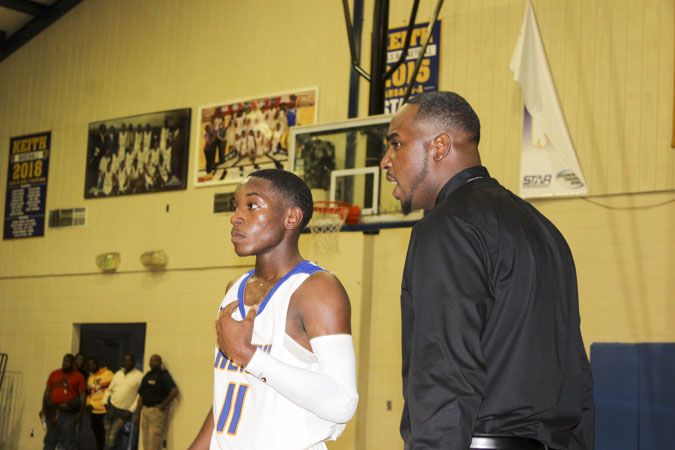 DeCarlos Moore and Anthony Lumpkin Jr. were the unlikely heroes in Keith High’s 67-56 victory over Selma High on Friday in Orrville.

Moore and Lumpkin each scored 12 points for the Bears (7-1), but they made crucial plays down the stretch.

“We know it’s a rivalry game against Selma,” Bears coach Clifton Reeves said. “We knew Selma was going to come out with intensity and we had to match their intensity. It was a good team win.”

Keith got its usual solid performance from All-Star forward Arayvion Jones, who scored a team-high 20 points.

Keith led from the opening tip and never lost its lead. The Bears led 14-9 after one quarter, 32-26 at halftime  and took a 52-43 lead into the game’s final eight minutes.

Selma was led by Jarvis Moss, who scored a game-high 26 points. Johnny Smith added 11 points. They were the only Saints in double figures.
Selma girls 68, Keith 20: Rodericka Parker scored 15 points and made nine assists to lead the Lady Saints. Caziah Simmons finished with 14 points as the Lady Saints led 19-3 after one quarter and 45-11 at halftime. The Lady Saints emptied their bench in the second half and played reserves.

Tanika Smiley led Keith with 11 points. She was the Lady Bears’ only double-digit scorer.