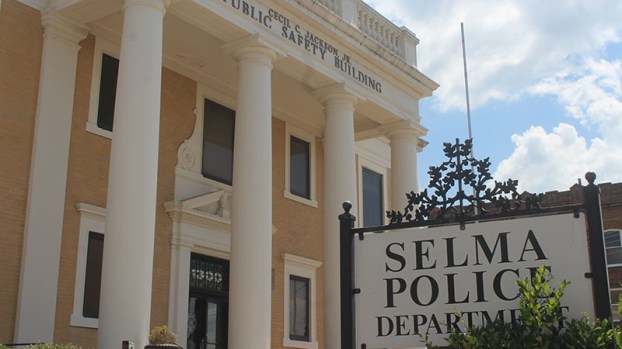 The search committee tasked with interviewing candidates angling to lead the Selma Police Department (SPD) has whittled the list down to three finalists, all of which will be in attendance for a community meet-and-greet Tuesday.

Six candidates originally applied for the position, which was handed over to SPD Capt. Johnny King Monday through the end of the year, but the three selected to move to the next phase of the selection process are SPD Lt. Kenta Fulford, Alabama Board of Pardons and Paroles Probation and Parole Manager Stephanie Stewart and former Butler County Sheriff Kenneth Harden, who has been working part-time with the Dallas County Sheriff’s Office (DCSO) as an investigator.

Harden’s law enforcement career began as a deputy in the Lowndes County Sheriff’s Office in 1978, a post he held until 1982 before taking a job as an officer with the Greenville Police Department.

Harden stayed in Greenville until 1995 when he took a position as a deputy with the Butler County Sheriff’s Office and moved over to the Alabama Fire Marshal’s Office in 2002.

Harden worked with the Alabama Fire Marshal’s Office until he was elected Sheriff of Butler County in 2007, a post he handed over to the county’s newly-elected sheriff earlier this year – since then, he has worked part time as an investigator with the DCSO.

Harden said his work with the local sheriff’s department, as well as his healthy working relationship with state and federal law enforcement officials, makes him a prime candidate for the city’s top public safety position.

“I feel like I could do a good job for the people of Selma,” Harden said. “I really believe I can make it a safer place to live.”

While Harden couldn’t nail down one single issue plaguing the SPD more than any other, he noted that there are several small issues that must be addressed to bring the department back to its former glory, including reviving trust in the department among the community, having a working relationship with the Selma City Council and the mayor’s office, recruiting more officers and upgrading aged equipment.

Where Harden is a veteran law enforcement officer, the majority of Stewart’s experience lies in dealing with probation and paroles, as she has worked with the Alabama Board of Pardons and Paroles since 2002.

Stewart began her career as an officer with the SPD in 1999 – she was there between November 1999 and December 2001 and returned to the department between April and October of 2002.

It was then that she began working with the Alabama Board of Pardons and Paroles in its Selma office, working her way steadily up through the ranks before being named Probation and Parole Manager in June 2017.

Stewart’s resume includes several gaps in employment due to her military service – Stewart currently serves as a Major in the Alabama National Guard and has previously been deployed to Kuwait.

In her mind, the combination of military service and a more than 20-year career in law enforcement makes her the ideal candidate to the lead the department.

“I have a passion for policing and I have a vested interest in Selma,” Stewart said. “I have family in Selma, I have properties in Selma and I started my career in Selma. I just have a vision of unity and order for the City of Selma.”

Stewart echoed many of Harden’s sentiments regarding the department’s needs, but said that she has a plan in place to bolster recruitment efforts and build relationships with the community, officers and local leaders.

“I think it’s all doable,” Stewart said. “And I’m willing to take on the challenge.”

Unlike Stewart and Harden, whose careers have taken them all over the state and, in Stewart’s case, the world, Fulford’s entire law enforcement career has been with the SPD, which he joined in 2002.

Fulford currently serves as a Unit Supply Specialist for the Army Reserves, a position he took on in 1997, and is a lieutenant in the local department – Fulford believes that long-term experience in Selma is his greatest asset in pursuing the department’s top spot.

“I have inside experience,” Fulford said. “I know everyone there and I know how the department works. And, unlike these other candidates, I was born and raised here, so I know the community.”

Along with his familiarity with the department and its functions, Fulford noted that he is well informed on the department’s needs, the biggest of which he said is the need for community policing.

“It’s important that our officers get to know the community and that the community gets know our officers,” Fulford said. “If we can build that trust, then citizens will be willing to talk to us when something happens.”

Beyond that, Fulford said the department needs to focus efforts on recruitment and retention.

“Our numbers have dwindled over the years to the point that they aren’t favorable to a town of our size,” Fulford said. “If we can create some incentives to keep our officers here, they’ll retire here and we’ll have a stronger force.”

The council is slated to host a meet-and-greet session with the finalists Dec. 10, at which point citizens will have the opportunity to talk with the three candidates face-to-face and voice some of their concerns for the department.

The following week, the council is slated to vote on who will become chief of the local police department at the start of next year.