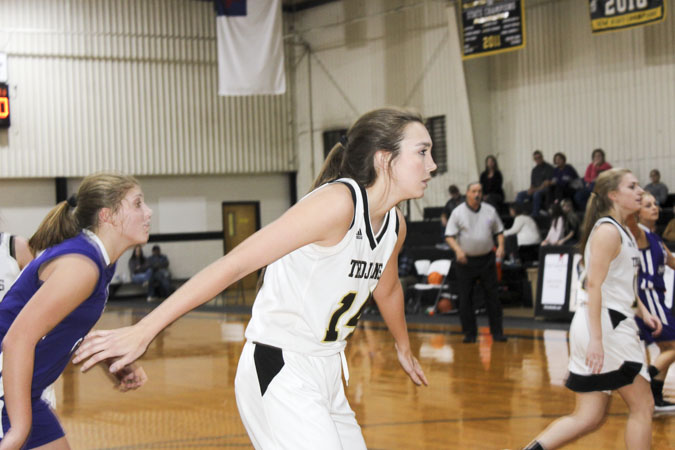 Meadowview Christian School (MCS) will be without its top girls basketball player until the first part of 2020.

MCS girls basketball coach Bob Taylor confirmed that Erin McIntyre will miss the rest of 2019 with a broken left pinky.

Taylor said that McIntyre had surgery to repair the finger several days before the Thanksgiving holiday break.

Taylor also said the recovery time will be around 2-4 weeks for McIntyre.

McIntyre was the runner-up for The Selma Times-Journal’s volleyball player of the year.  She made the All Dallas County volleyball team two straight seasons and played in the AISA All-Star volleyball game.

McIntyre is also a cheerleader at MCS.

When McIntyre rejoins MCS, the Lady Trojans will have a stronger frontcourt. Six-foot-2 Patricia Peoples is becoming a force in the middle. Caroline Hagood, Kaylee Chauncey, Taylor Green, Reagan Burton and Avery Smith have all shined during the Lady Trojans’ winning streak.