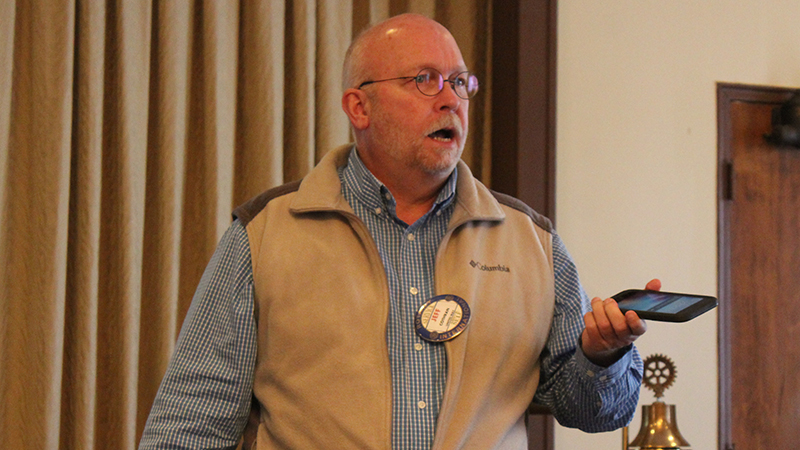 The Selma Rotary Club’s own Jeff Cothran, Executive Director of United Way, served as the speaker at Monday’s meeting of the Rotarians.

Cothran spoke to the Rotary Club about an ever-changing technological landscape and how non-profit organizations, specifically the United Way, are adapting to stay relevant and continue to offer their services.

According to Cothran, the united Way is acting as a problem solver by increasing its collaboration with organizations within the community, creating their own messaging platforms rather than relying on traditional media outlets and regional cooperation with other branches of the United Way.

Cothran shared with the Rotarians a few of programs the United Way is undergoing including the “211” service line in which people in need can call to find things like food and shelter in times of crisis.

Another program Cothran spoke about was the United Way’s collaboration with UAB Family Medicine – Selma to bring Doc on the Spot to the people of the rural Orrville community.

At Monday’s meeting, Cothran announced that the United Way plans to continue to work with UAB to bring the same services to the people of Union Town.

According to Cothran, the Doc on the Spot program has seen 800 patients in its first year.

Cothran said by having so many partnerships within the community, the United Way is able to help more people.

“By bring the multiple different parts together, we can create something that adds huge value to the community,” said Cothran.