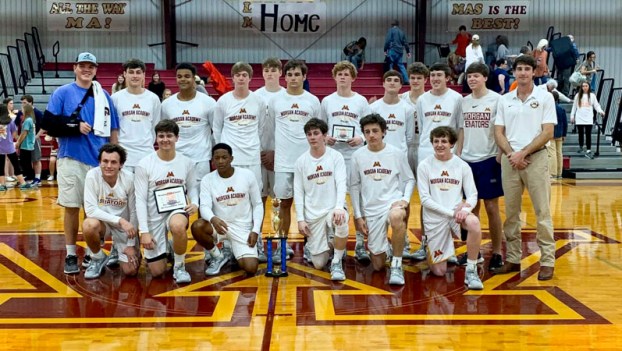 Lee scored 27 points as the Senators beat Monroe Academy 63-50 in the tournament finals on Tuesday.

“We didn’t know what kind of team we’d have because we lost many players from last year,” Lee said. “Milam Turner was the only returning starter coming back. We’re making our own identity.”

George Turner added 19 points for the unbeaten Senators (7-0), who overcame a 12-point halftime deficit. Turner, Lee and Rhyne Williams made the All-tournament team.

The Senators defeated Pickens Academy 49-42 in overtime at the tournament’s opening game, overcoming a 15-point deficit.

“We played real bad in the first half of both games, I’m proud of the guys,” Senators coach Luke Hutcheson said. “They played with composure and played good defense.”

The Lady Senators fell to Pickens Academy 50-38 in the tournament semifinals on Monday.

Brown, a freshman, made the All-Tournament team for the Lady Senators.