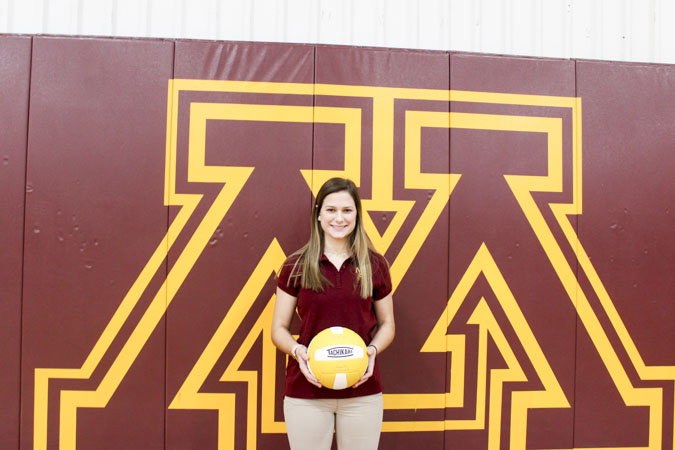 Maggie Colley successfully defended her crown as being the best volleyball player in Dallas County.

The Morgan Academy senior earned The Selma Times-Journal’s volleyball player of the year for a second straight season. Erin McIntyre of Meadowview Christian School was runner-up.

“It means a lot because this is my senior year,” Colley said. “I worked real hard and had a different mindset because I’m a senior.”

Colley’s prep career ended at the AISA All-Star volleyball game on Nov. 2 at the Cramton Bowl Multi-Plex in Montgomery

Colley said she enjoyed her career at Morgan Academy and will miss her teammates.

“Morgan Academy feels like a family, we all felt like family and we all got along,” Colley said.

Colley may have a chance to play college volleyball. She said West Alabama, Auburn University Montgomery and Faulkner State are all possibilities. She is an honor student and has already qualified academically.

Morgan Academy coach Jessica Lovelady is impressed with the leadership and skillset of Colley.

Colley has set a high standard of excellence for volleyball at Morgan Academy that won’t be challenged for a while.