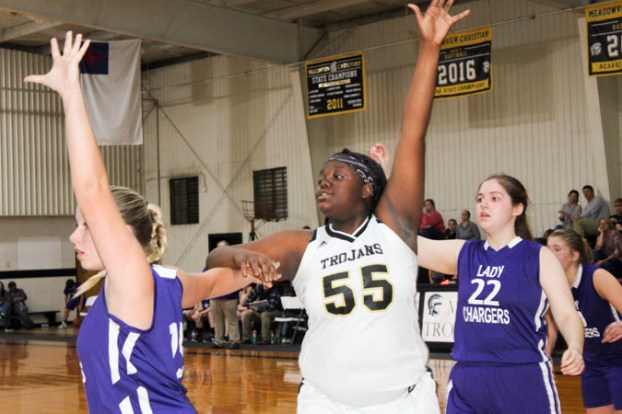 Meadowview Christian School may have a future girls’ basketball star on its roster.

The six-foot-one Peoples came off the bench in the second quarter after Erin McIntyre was injured for the Trojans (2-1).

“Patricia had a huge night,”  MCS coach Bob Taylor said. “When Patricia learns to use her body, she will help us down the road.”

“It was tough when Erin got hurt, but the girls stepped up,” Taylor said.  “We need to work on cutting down our turnovers.”

“I’ve been coaching four years and this is the most teamwork I’ve seen,” CCS coach Matthew Allen. “I’m looking forward to seeing where this will end up.”