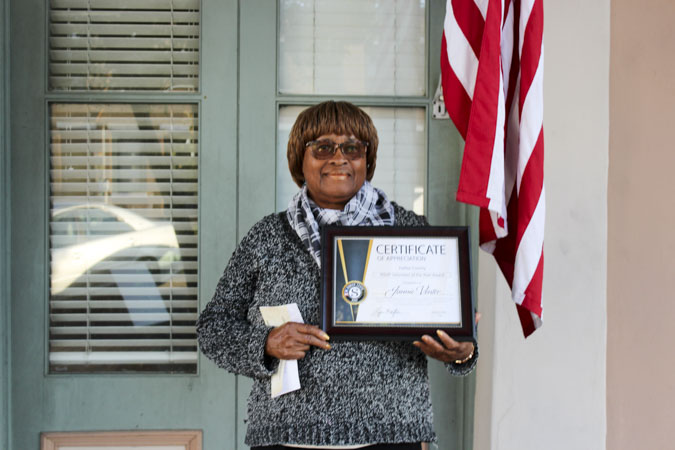 Venter received her honor at the Dallas County RSVP Awards and Recognition Luncheon on Oct. 30. The award is for retired and seniors in Dallas County.

Venter, 78, wears several hats.  She volunteers at Vaughan Regional Medical Center and serves as Mistress of Ceremonies at several churches across the county.

“Now you know why I’m so tired,” Venter joked. “I’ve volunteered since I retired in 2003. I love meeting different kind of people. I’m a people person.”

Venter served as Selma City Councilwoman from 2004 to 2008 when Rev. James Perkins was the Queen City Mayor.

But Venter is best-known in Selma being a gospel radio host for 46 years.  Venter is called by her listeners as the “Mother of the Airwaves.”

Venter is a longtime member of the Second Missionary Baptist Church, singing in the choir and serving on the usher board. Venter’s membership includes the National Council Negro Women and AARP.

Venter has two children, Thelma and Lawrence, grandmother of four and has a great grandson.

Deadline to take part in Christmas parade near