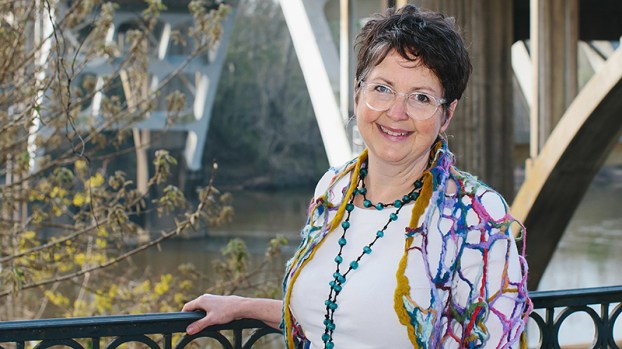 her Woolworth Lofts are a popular Airbnb destination with tourists visiting the city.

With this app, Reeves wanted to share her won Selma experience with tourists.

The free app has an “A.C.’s Picks” section where users can view the contact information for tour guides, historic landmarks, restaurants and museums.

From there, users can purchase audio tours within the app to, in Reeves’ words, “tailor their own tour”.

The tours, narrated by Reeves, include a “sampler” tour of the “12-layer” cake she calls home, a driving tour and a Civil Rights tour.

Reeves got the idea for the app because she wanted visitors to see more of Selma that the Edmund Pettus Bridge, she said she was frustrated with tourists arriving and only spending 30 minutes in town and then feeling that they “understood” Selma – in her 22 years as a Selmian, she has learned that the city is much more complex than that.

Reeves refers to the city as a “12-layer” cake, a phrase borrowed from her uncle that he used to describe her grandmother.

“I’ve lived here for 22 years and I’ve only gotten to the third layer,” she said. “I still haven’t figured this place out.”

While Reeves is eager to share her perspective of Selma, realizes that it is just that – hers.

Reeves hope the app will become a platform for other Selmians to share their stories through audio tours on the app.

Reeves said that the history of the city is far too complex for any one person to tell, that’s why she want’s other voices to participate.