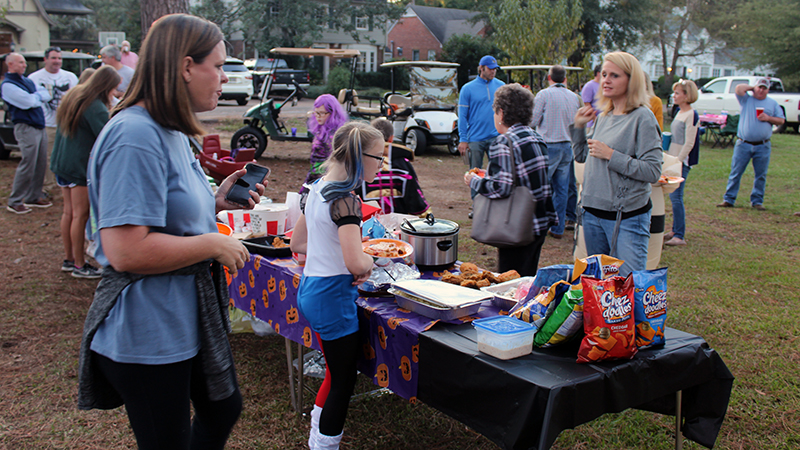 On Monday evening, a cornucopia of ghosts and ghouls, alongside their amenable parents, descended upon Mallory Drive for the community’s annual trick-or-treat event, which organizer Emily Adkins estimates has been a staple in the community for more than 30 years.

“I think people just look forward to it every year because it’s been going on so long,” Adkins said. “They just kind of expect it.”

Adkins said she wanted to add “a little more” to the yearly festivities and so she shook things up a bit – a photo booth was available for parents to snap pictures of their children decked out in Halloween attire; an oversized inflatable slide was introduced and kids got to take part in a variety of games, including a sack race and a tug-of-war battle.

“We had a fantastic turnout,” Adkins said. “It was a huge success.”

The event kicked off around 5 p.m. with food and games – an hour later, when the sun had begun its decline and most parents were finished with work, the candy-hunting youths hit the streets in the community.

“It’s kind of nice that the kids just get to run wild through the neighborhood,” Adkins said. “It’s just a fun, safe time.”