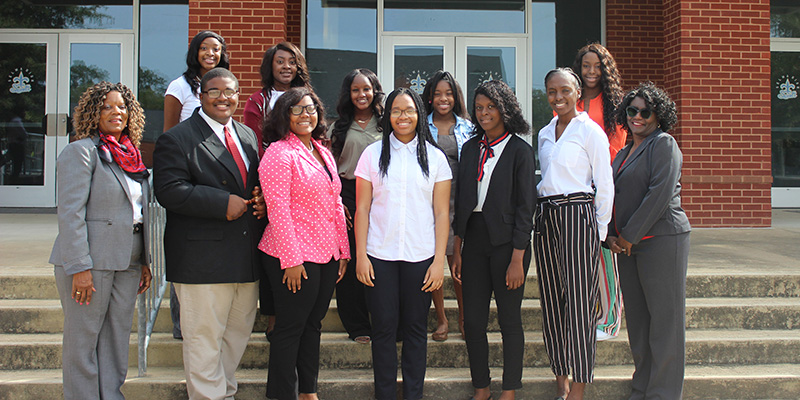 The Future Business Leaders of America (FBLA) recently held their election and installation of officers for the 2019-2020 school year at Selma High School (SHS). The student business organization works to prepare students for careers in business and business-related fields.

With its middle school, high school and post-secondary school students, FBLA is the largest career technical student organization nationwide, according to a release from SHS.

FBLA offers district, state and national conferences to assist students in becoming the outstanding business leaders they aspire to be, the release continues.

“FBLA also offers competitive events at local, state and national levels, as well as career recognition programs for each of the divisions to help students transition from school to work,” according to the release.

The SHS FBLA is under the advisory of Patricia Farrior and Felicia Wimberly.