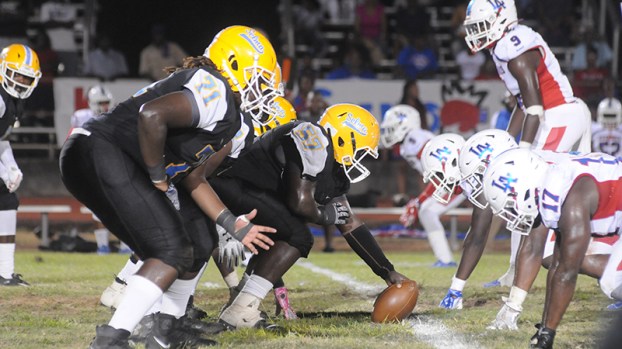 Selma High knocks off No. 5 Aliceville

Selma High snapped a three game losing streak with a 20-8 victory over Aliceville on Thursday night. The game was pushed up from Friday because of the heavy rain forecast.

Nick Parnell, Amarian Mollette and DeVonte Stubbs all scored touchdowns as the Saints (5-4) beat Aliceville (7-2), the  fifth-ranked team in Class 2A.

Despite the loss, Selma High has clinched a Class 6A state playoff berth.

According to Keith High cheerleader coach Kalesia Foster, the game was called after the second quarter because of bad weather in the area.

Running back Holt Utsey scored on a 60-yard touchdown run for the Senators and Wade Mason kicked a 37-yard field goal.

“They are number two in the state for a reason,” Hornets coach Heath LeVert said.

Turnovers doomed Southside in its final Region 3, Class 3A contest of the season. No. 10 St. James converted five... read more