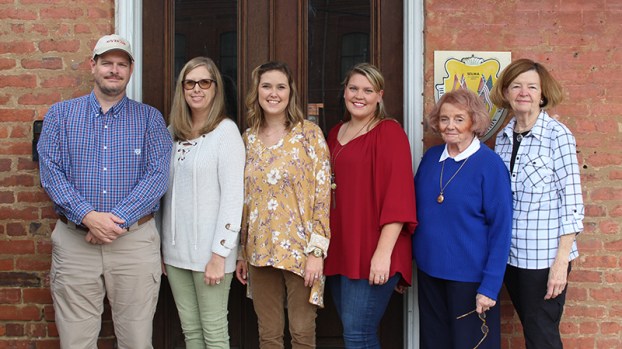 CASA provides a voice to the neglected

When Amy Carmichael became program director for CASA at the DCFRC, she recognized a serious need to get more volunteers.

Since she took the reins of the programs, she’s gotten 12 people to volunteer their time to the program.

Though all of the volunteers come from different backgrounds, professions and experience levels, Carmichael says the one thing they all have in common is their dedication to the program.

“They all have good hearts,” said Carmichael. “It takes a lot to do this.”

CASA volunteers assist the Dallas County Juvenile Court in advocating for children that are victims or suspected victims of child abuse and neglect.

“In short, I’m the voice of a scared, lonely child, ensuring he is heard in the chaos of the court system,” said Elizabeth Reaves, a volunteer with the program for the last three years.

Reaves says that CASA volunteers spend a few hours each week learning everything they can about her cases- their history, family, how they came to be in the court system- as well as what options the court has for permanent placement.

Once a month, Reaves will meet with the child and their guardian and spends time getting to know them, listening to what they have to say, both verbally and non-verbally.

“I check in with faculty at the child’s school, with family members and keep a journal of the information,” said Reaves. “When it’s time for a court hearing regarding the placement of the child, I submit a report with all of the information I’ve learned to better help the judge and parties involved decide where the child should be placed.”

While Reaves carries out the aforementioned duties of a CASA volunteer alone, some volunteers choose to work as a team.

Grace Hobbs and Carolyn Cox have both volunteered with the program for the last two years.

Hobbs is a retired school teacher and Cox is a former assistant district attorney.

Between Cox’s experience in the court system and Hobbs’ experience with children, the two women consider themselves an “ideal” team.

“We bounce well off of one another,” said Cox.

The two women previously volunteered together for a program at Clark Elementary School.

“It’s nice when you’re doing volunteer work to have someone to bounce off of,” said Hobbs.

“She sees things that I don’t see and vice-versa,” said Cox. “It really works well.”

Husband and wife, Marshall and Paige Mead, have also volunteered as a team for almost four years now.

“I couldn’t imagine doing this on my own,” said Marshall.

Paige described her husband as the groups communicator and herself as the listener.

“Her strengths are my weaknesses and vise-versa,” said Marshall.

“We have different viewpoints,” said Paige.

After their visits, the two will often discuss their observations to one another.

“There’ll be times when she’s noticed things I had completely missed,” said Marshall. “We deliberate over everything together.”

Each of CASA’s volunteers felt compelled to join the program for a different reason.

“Children have always had a special place in my heart,” said Reaves.  “I heard about CASA through a social worker friend. I wanted to get involved in the community, with children, and when she told me about CASA, I knew it was something I could get involved in and enjoy.”

Cox and Hobbs heard Carmichael speak at St. Paul’s Episcopal Church one day about the need of volunteers for the program.

“She made such an impassioned plea,” said Cox.

Hobbs missed working with children and Cox enjoyed her time working in the court system so becoming CASA volunteers just made sense to them.

Marshall and Paige happened upon the program when they were dropping off a donation to the DCFRC.

Marshall brought home a CASA pamphlet and the two began to do research about the program.

“We deliberated about it for several months,” said Marshall.

“We eventually felt like it was something we needed to do,” added Paige.

“When you think about abuse and neglect you don’t think about it as a local problem. You think it’s only happening in another state, but it’s right here. It’s close to us,” said Marshall.

Despite the intense effort that being a CASA volunteer requires, they all agreed that being involved in the program had rewarding moments.

“Being able to get involved in the child’s life allows for a full picture of real life rather than the quick hearing, knowing that I can be a part of ensuring the child is placed in a safe loving environment is the most rewarding experience I have ever had,” said Reaves. “Seeing a child reunited with a parent after a long court process and knowing the parent has overcome struggles and grown to be the parent the child deserves is one of the greatest experiences I can imagine seeing.”

Marshall also spoke about the beauty of seeing a child successfully reunited with a parent.

“It isn’t always successful though,” he added. “But it’s about more than the reward, it’s about the need. This program really needs volunteers. You’d be surprised at the number of cases, right here, that need volunteers.”

Three cars were involved in a collision Friday morning at the intersection of J.L. Chestnut Boulevard and Broad Street, resulting... read more