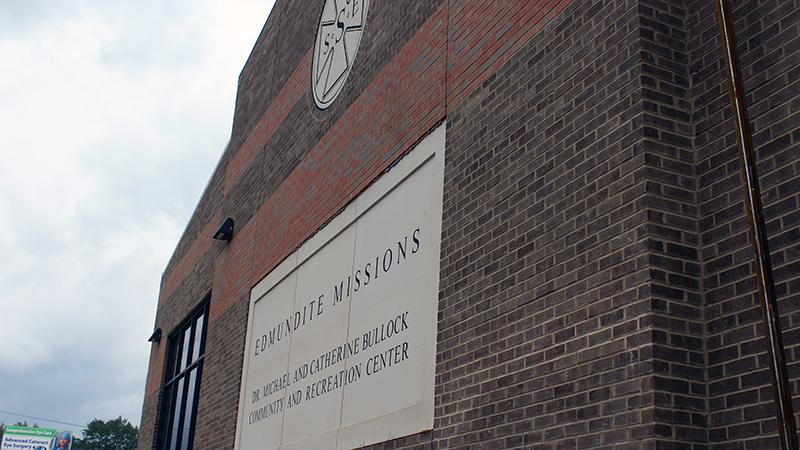 Inside the Edmundite Missions’ Dr. Michael and Catherine Bullock Community and Recreation Center which is nestled near the group’s Bosco Nutrition Center on Broad Street, fluorescent lights were on Monday and workers were busy running cables and painting.

The apparent break-neck pace of construction, which began this summer, becomes even more impressive when one realizes that the Missions faced a delay in construction due to bad soil and asbestos on location.

Edmundite Missions CEO and President Chad McEachern was glowing as he talked about the purposes the unfinished rooms would serve and the offerings the group would be able to provide to the community once the doors are opened in December.

“The community really needs a place within walking distance to come together for fellowship, recreation, fitness and more,” McEachern said. “We knew we needed a safe place for our kids, our seniors and everyone in between. Having this state-of-the-art center right next to Bosco and our clothing room puts all the services of the Edmundite Missions in Selma right in our clients’ backyards.”

Inside the building are oversized hallways, intentionally made wide so that artwork created by young people in the community can be prominently displayed along the walls.

Nearby sits two other rooms, which are little more than concrete floors and cinderblock walls at this point – one will serve as a multipurpose room to host a variety of programs; the other will serve as a classroom and computer lab, featuring a smart board and television and capable of serving nearly 40 people at a time.

At the other end of the hall is the center’s full-size basketball court, which features retracting goals that can be moved for other events – McEachern already has his eyes of displaying sporting events on the enormous movie screen that will soon adorn one of the gym’s walls. 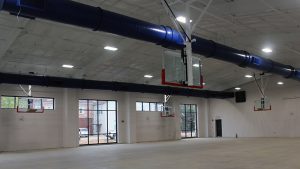 Not far from that will be a “state-of-the-art” workout room, capable of documenting visitors’ exercise regimen via an application on their smart phones.

Everything about the building, from its location to its design, was intentional, McEachern said.

The large windows spread throughout the building are an effort to connect those outside with the activities taking place inside, McEachern said, saying that he wants for people to be able to zee the “activity” and “life” within the building.

Another feature of the building will be a small grassy area, which will be decorated with bricks marked with the names of donors and supporters, where a walkway dotted with the names of all of the priests that have worked in the Southern mission will lead to a statue of St. Michael the Archangel.

“Just like the rooms in the center itself, the center has many goals,” McEachern said. “The two most important, I believe, are to be a place where the community can come together and provide a place for the Missions to identify those who may be in need of more of our services. Especially as we work with our kids, this center will attract young men and women who will be excited to come play basketball and it gives us a chance to offer tutoring services, ACT prep and more.”

McEachern noted that the center will offer a variety of programs to the community, though the details are continually being ironed out, including sports leagues, family nights, fitness programs, craft classes and more.

“We’ve been really listening to the community about what the desired programs are and we’re going to keep doing just that,” McEachern said. “The Missions has been responsive to the needs of those we serve for over 80 years and we’ll continue to be as responsive as possible with this center.”

While the new center will be a boon for the community, it is certainly not without its benefits to the Edmundite Missions.

“This center is going to serve as a beacon for the Missions, providing a safe place for all our neighbors to come together,” McEachern said. “Once folks are involved in our programs, it’ll be even easier for us to identify other services that might help build them up towards self-reliance. As I always say about Bosco, it’s not just about one kind of hunger. This will be a place to satisfy the hunger of our neighbors for a safe place to come together as a community.”

The new center is slated to hold a dedication ceremony early next month and, though he won’t talk specifics, McEachern is already looking to the horizon beyond the current construction effort.

“The Missions has been an incredibly dynamic organization for over 80 years and we don’t have any plans on stopping now,” McEachern said. “While I can’t discuss specifics just yet, I hope everyone knows we are going to continue working towards improving our campus right here in the heart of Selma and providing for the changing needs of those in poverty.”