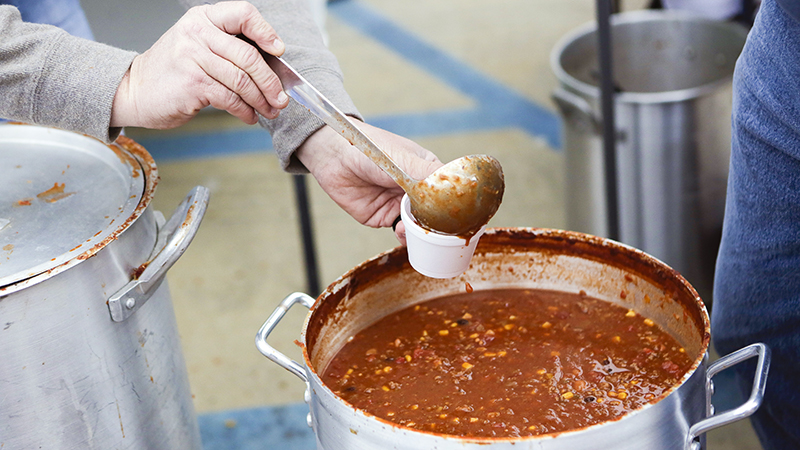 The 8th Annual Alabama River Chili Cook-off will finally take place on Thursday, Oct. 24, after being rescheduled twice earlier this year due to inclement weather.

The event, presented by the Blackbelt Benefit Group (BBG) and Reliable GMC Cadillac, will be held on the St. James Hotel end of Water Avenue beginning at 5 p.m.

Price of admission for the event is $5. Children 2 and younger are free.

“The Alabama River Chili Cook-off is one of my family’s favorite local events so I am excited to be a part of it this year,” said BBG Executive Director Devon Gray. “It always feels like a very inclusive and community driven event.”

The Alabama River Chili Cook-off has raised over $70,000 for local non-profits over the years.

This year, Easterseals of West Central Alabama will be the beneficiary of the proceeds raised by the event.

Easterseals of West Central Alabama works to ensure that children and young adults with disabilities have equal opportunity to live, learn, work and play.

Fifteen teams will compete for the title of “Best Chili” this year.

Trophies for 1st Runner-Up, 2nd Runner-Up, and Most Spirited will also be awarded.

Fan Favorite will be a returning category in which attendees of the cook-off will cast their vote for their favorite chili.

The winning teams will be announced at 7 p.m.

In addition to the abundance of chili to sample, the event will also feature a live broadcast with G-man from Dixie Country from 3:00 to 7:30.

BBG will host an after party at Play Selma starting at 7:30 p.m. featuring Funk Nation, a guitar heavy funk band.

“It’s all thanks to the support from our sponsors and participating teams,” said Gray. “Blackbelt Benefit Group is really looking forward to seeing Selma’s streets filled with people enjoying each other’s company, good music and great food.”