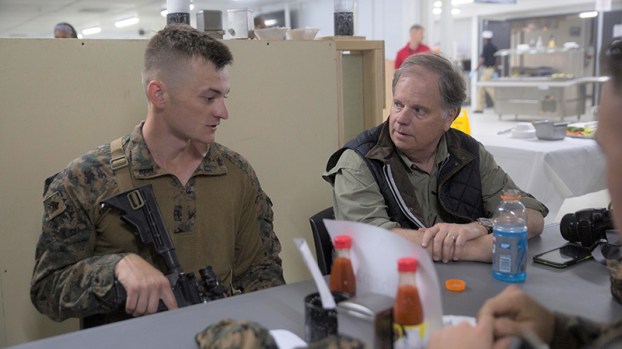 Following U.S. President Donald Trump’s recent decision to withdraw American troops from northern Syria, leaving Kurdish allies that have assisted the U.S. in fighting terrorism in the region to fend for themselves against an onslaught from the Turkish military, both the U.S. House of Representatives and the U.S. Senate have taken action to condemn the decision.

“The president’s decision to abandon our Kurdish partners is a capitulation to Turkey and Russia and a grave betrayal of one [of] our strongest allies in the Middle East,” Sewell said in a statement issued after the House vote. “His reckless order means that, already, Russia has moved to occupy American bases there, dozens of people have been killed and hundreds of ISIS fighters and supporters have escaped. President Trump’s decision not only puts at risk the stability of the region, U.S. forces and gains against ISIS, but also weakens American partnerships around the world.”

U.S. Representatives Bradley Byrne, R-AL, and Mo Brooks, R-AL, voted against the measure, while the rest of Alabama’s delegation voted in favor of the resolution.

The next day, U.S. Sen. Doug Jones, D-AL, joined a bipartisan group of senators in sending a letter to the president urging him to reconsider his strategy in northern Syria, which has allowed Turkey to invade.

“We are aware that one of your goals is to reduce U.S. involvement in long-term wars in the Middle East and many of us are supportive of those efforts,” the senators’ letter stated. “However, leaving so abruptly without protection for those partners who have been with us in the fight against ISIS is not only perilous for them, but also dangerous for us and our national security.”

The letter goes on to state that the senators were approaching the president “in the sincerest bipartisan fashion” because of their “grave concerns about our national security and foreign policy.”

The letter asked the president to “urge Turkey to end their offensive and find a way to a peaceful resolution while supporting our Kurdish partners to ensure regional stability.”

In April, Jones travelled to Afghanistan and Iraq as part of a Senate Armed Services Committee delegation meeting with American troops, heads of state, high-ranking foreign leaders, diplomats and military commanders and has recently been an outspoken critic of the decision to pull troops out of northern Syria.

A city “sickout” has crippled a number of taxpayer-funded services and departments since it launched on Oct. 2, only days... read more