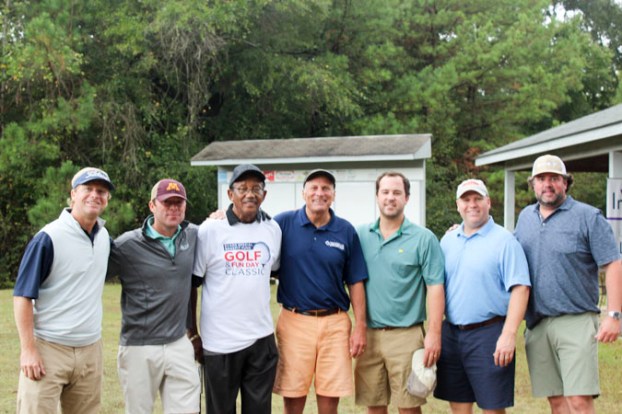 The Evans Special Benefit Fund Golf Classic had one of its best turnouts on Wednesday at the Valley Grande Golf Course.

Vaughan Regional Medical Center, Trustmark Bank, Wallace Community College-Selma were among the local businesses that competed in the three-man and woman scramble.

Former Selma Mayor George Evans, for whom the tournament is named after, said he’s grateful for the support of the Dallas County community.

“The turnout is equal to the tournaments we’ve had in years past,” Evans said. “The weather turned out great. The rain we got Tuesday probably helped some of the golfers on the course.”

The tournament began during Evans’ first term as Selma Mayor in 2009. The event continues after his two terms ended in 2016.

“We’re going to plan and make the tournament bigger next year,” Evans said. “If we get more sponsors, we’ll be able to give more money back.”

“It was great seeing the kids enjoying themselves,” Evans said. “The adults loved it as much as the children did.”

The third Saturday in October is usually reserved for the Central Alabama Marching Band Festival at Memorial Stadium. The event,... read more