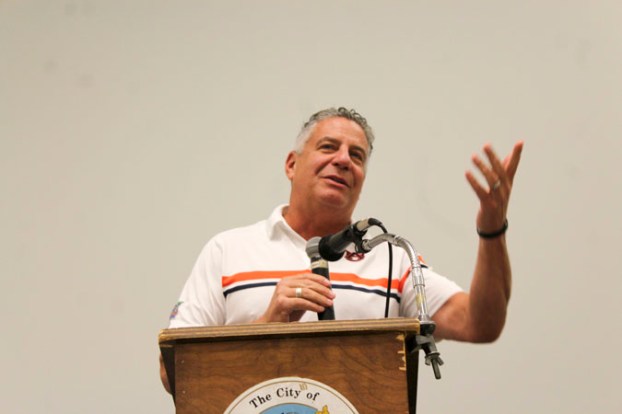 Pearl spoke Monday at the Selma Quarterback Club before a capacity crowd on “Family Night.”

The veteran coach said it was a simple formula that guided Auburn to the state’s first-ever Final Four berth.

“We pray first and ask what would God have me do today?” Pearl said. “What kind of teammate would God want me to be? That’s where it all started. We don’t need motivational speakers or former players coming into our locker room.”

Pearl said that philosophy came in handy after the Tigers’ heartbreaking 63-62 loss to Virginia in the national semifinals. Auburn. Virginia’s Kyle Guy hit three free throws after being fouled by Samir Doughty with 1.5 seconds left.

“On the long walk back to the locker room, I felt God’s hand on  my shoulder,” Pearl said. “Not every team could’ve handled it, but God knew Auburn could handle it. The impossible run we made was God’s call all along because we pray.”

Pearl likes Auburn’s chances of making a third straight NCAA Tournament appearance. He said Auburn will be picked to finish between fourth and seventh in the SEC regular season, likely good to reach the Field of 68.

Auburn will hold “Tipoff at Toomer’s,” a Midnight Madness-style event to mark the start of the 2019-20 season, at Toomer’s Corner on Thursday.

“We’ve got a good team coming back,” Pearl said. “We’re excited about the chance to make history.”