Storytellers descend on Selma for a night at ArtsRevive 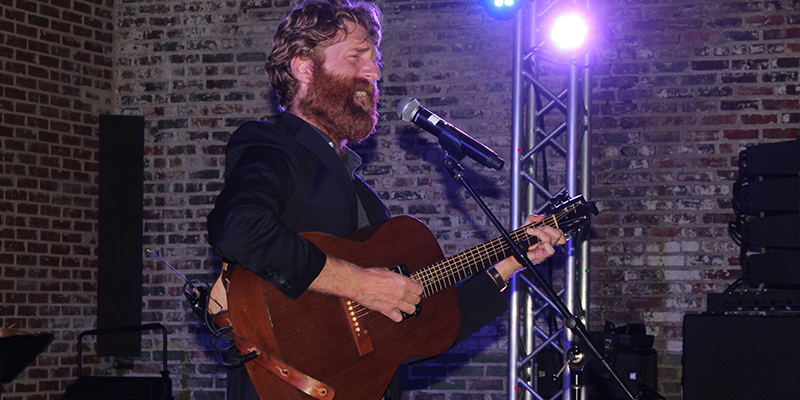 Sean Dietrich, better known as Sean of the South, was the headliner for the second year in a row.

Dietrich is a columnist, novelist, author and podcaster known for his observations about life in the south.

His work has appeared in Newsweek, Southern Living, Garden and Gun, The Tallahassee Democrat, Good Grit, South Magazine, Alabama Living, the Birmingham News, Thom Magazine, The Mobile Press-Register and he has authored nine books and is the creator of the Sean of the South Podcast.

Before he came on stage, one of Dietrich’s short stories was read to the audience that had crowded to the outside area of the Carneal Building.

“As a child, I liked to write,” the story began. “I filled up notebooks with tales of the high-seas, shameless vixens and steamy scenarios combining both of the aforementioned. My fifth-grade teacher found one of my notebooks and scanned through it. She told me I wrote with too many commas, and encouraged me to pursue a career in construction work.

“That, old, woman, never, liked, me,” the story continued. “Years later, I learned my teacher had left the school. She took a job at the Piggly Wiggly as a cashier. I went to visit the old girl, to show her the man I’d grown into.

“She seemed genuinely glad to see me. And I was just as glad to find her wearing that red apron for a living,” Dietrich wrote. “After visiting for a few minutes, I realized something I’d never noticed before. Beneath her hardshell exterior was a regular lady, working from nine to five for pennies. She was doing the best she could with her life. Just like me. Before I left, she asked me what kind of work I did. At the time, I worked in construction.”

Dietrich then took to the stage and performed songs and told tales.