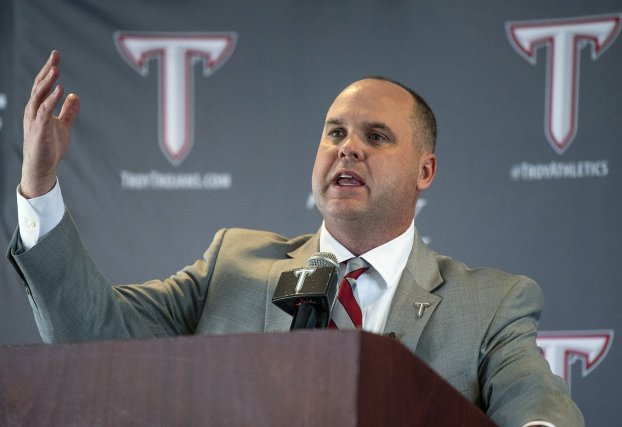 Troy University football coach Chip Lindsey will be the guest speaker at the Selma Quarterback Club next Monday at  6 p.m. at the Selma Convention Center.

Lindsey is in his first season as the Trojans’ head coach. Troy has a 2-2 record under Lindsey.

The Madison native is a former Trojans assistant coach. He was the Trojans’ quarterbacks coach in 2010.

As offensive analyst at Auburn, Lindsey helped the Tigers reached the BCS Championship Game in 2013. Auburn lost to Florida State. He was also the Tigers’ offensive coordinator from 2017-2018.

“It is really exciting,” Frazer said. “It is rare to get a head football coach to come during the season. I love the attitude of Troy when they say they will play anybody anywhere.  They are very competitive this year.”

Lindsey and his wife Cecily have four children: Claire, Caroline, Cooper and Conner.