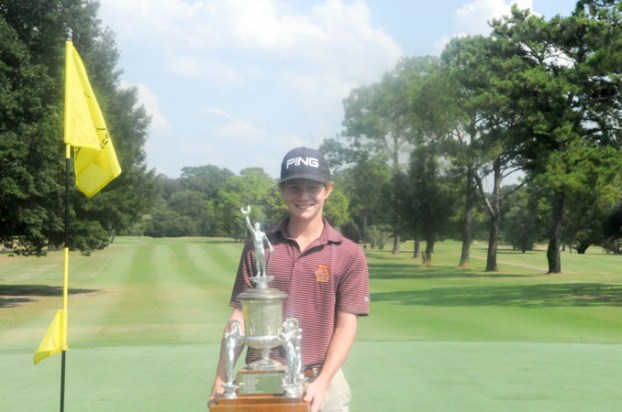 Mooney earned the Paul Grist Trophy earlier this month from his strong performance at the Bud Burns Dixie Junior Championship at the Selma Country Club.

The trophy is awarded each year to a Selma golfer who displays hard work, character and has a strong showing at the tournament.

“It means a lot,” Mooney said. “The award shows that all of my hard work is paying off. I enjoy playing golf. I’ve been playing my whole life, since I was around four years old.”

Mooney said dedication is also what makes him a successful golfer.

“Practicing hard everyday is what made me a good golfer,” Mooney said.

Mooney said he’s looking forward to the upcoming golf season, which the Senators will be heavily favored to defend their AISA Championship.