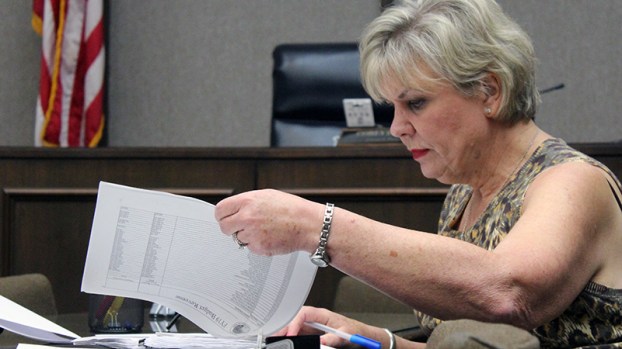 Despite the absence of Selma Mayor Darrio Melton and Planning and Development Department Cirector Henry Thompson, the Community Development Meeting held a meeting to discuss funding for the upcoming fiscal year Friday.

Selma-Dallas County YMCA CEO Leonard Speed and board member Juanda Maxwell were on hand to ask the committee to reinstate the lodging fee that was allocated to the recreation center until February.

“We’ve moved to a different level of struggle,” Maxwell said during the meeting. “We don’t see a way going forward without these funds.”

Maxwell and Speed rattled off a series of services the YMCA offers to the community, including a tutoring program for Selma City Schools elementary students, a “huge” basketball program, around 600 seniors that receive discounted membership rates and more.

Speed noted that the local YMCA is holding strong at around 1,500 members,but is still in need of assistance.

“We began to see our revenue begin to slip,” Speed said. “Certainly, having these lodging fees would help us to continue. That would really, truly benefit us.”

Maxwell stated that the YMCA would be forced to close if no new funding could be attained, noting that the center’s staff is at “bare bone” levels.

“We are an essential player in the community,” Maxwell said, adding that losing the YMCA would be akin to losing a hospital or library. “Service is what we are and what we are about.”

Selma City Councilman John Leashore, who isn’t a member of the committee but was invited to be involved in the absence of other committee members, agreed.

“I do support reactivating the support for the Y,” Leashore said. “I think that whatever we do…to help the Y will be money well spent.”

Maxwell briefly spoke about the ongoing efforts of the Selma Redevelopment Authority (SRA), specifically the recent Design Selma event that the organization hosted.

“We’re not going to tell Selma what it wants,” Maxwell said. “We want Selma to tell us what [it] wants.”

Maxwell also noted that work is being done to lure potential businesses into the city’s Opportunity Zone and the organization is looking to add a community advocate to its payroll.

Also on hand for the meeting was Becky Youngblood, Executive Director of ArtsRevive, who, along with providing an update on her organization’s work in the city, asked only that ArtsRevive receive level funding in the upcoming budget at $2,500.

Becky Youngblood boasted about the success of the pocket park downtown, which recently began hosting yoga sessions, and a potential retail space coming to Water Avenue.

Selma’s anti-homelessness coalition, born out of a partnership between the Alabama Rural Coalition for the Homeless (ARCH) and the Selma... read more