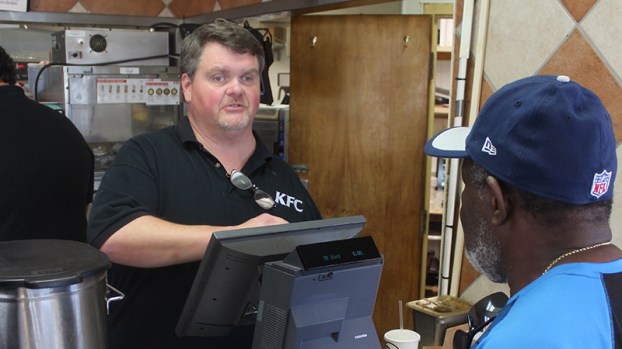 KFC, located at 1326 Highland Ave, will temporarily close its doors for a remodel beginning this weekend.

According to KFC’s owner, Mark Woodson, the fast food establishment will close at 3 p.m. on Sunday afternoon and remain closed for just over a week while an interior and exterior remodel of the restaurant is completed.

Woodson says the restaurant will reopen Tuesday, Oct. 1 with a cleaner and neater feel.

“Everything is structurally sound,” said Woodson. “It just needs a facelift.”

Woodson said that the restaurant’s current dining room set up is about 10 years old.

In addition to the new concept, the restaurant will feature new floors, ceilings, doors, restrooms and an awning over the drive-through speaker to keep out rain.

Woodson’s father opened Selma’s first KFC on the other end of Highland Avenue in 1970.

KFC moved down the road to its current location in 1991.

According to Woodson, KFC employs 50 people and is consistently ranked among top 10 biggest and busiest KFC’s in the country, not to mention the cheapest.

“There may be stores that turn a larger profit, but we probably sell more chicken than anybody,” said Woodson.

A large contingent of law enforcement officers, districts’ attorneys, lawyers and others from all across the state gathered at the... read more