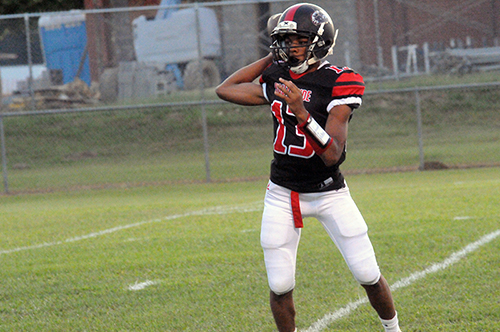 Southside found a way to earn its first victory in over two years.

“It’s exciting to get that first win,” Panthers coach Charles Moody said. “We’re trying to create a culture in rebuilding this football program. Our goal is to get better each week.”

Williams, a freshman, said he remained focused in case the Panthers needed his services.

“I just ran the ball, stayed focused and kept my head in the game,” Williams said.

Dadeville (1-2, 0-1) still had a chance to pull out the victory, but kicker Alexander Sims missed a 29-yard field goal on the game’s final play. Tigers coach Richard White disagreed with the call.

“The kick looked good,” White said. “It’s a shame that five officials treated kids like that. They should not be allowed to referee another football game in this state.”

The Selma High Saints faced off against the Opelika High School Bulldogs Friday night at Memorial stadium. Though the Saints... read more