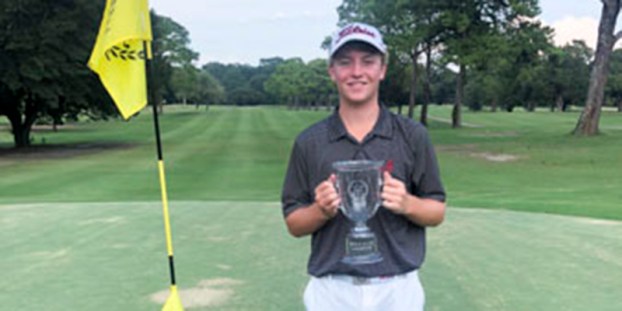 Free shot five-under-par-137 for the tournament. Tucker finished even par-142 for the two-day event.

“Winning the tournament is great,” Free said. “I expected to win because I’ve been playing well lately.’’

Free, who will play golf at the University of Alabama, in two years, has enjoyed an amazing summer on the amateur circuit.

The other titles won by Free during the summer are the 91st annual Selma Country Club Invitational Men’s Golf Tournament and leading Morgan Academy to the AISA State Golf Championship. He was low medalist for the state tournament.

“I’ve been hitting the ball well and I’ve worked on my putting,” Free said. “It’s been a great summer for me playing golf.”

“For his age, Jones Free is probably the best  golfer ever to come out of Selma,” Stewart said.  “He won the Future Masters, which is one of the  biggest junior golf events.”