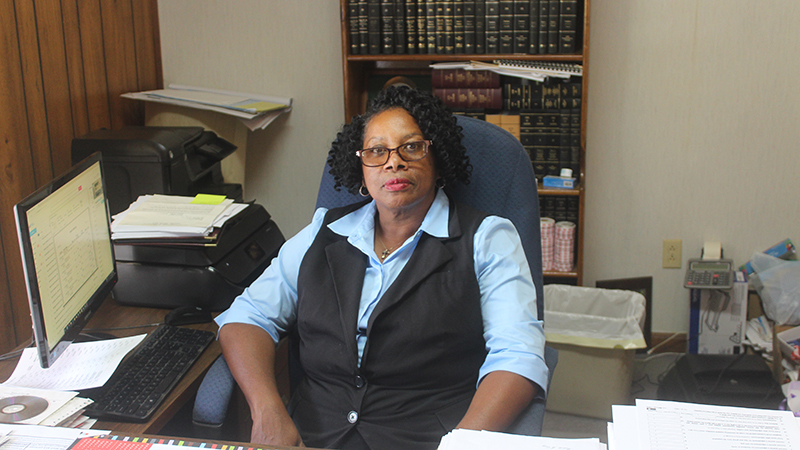 Lumpkin became the first African-American and first woman elected as Mayor of Orrville.

As Lumpkin nears the end of her second term, she always understood her role in the city located 15 miles from Selma.

“Being a mayor in a community is like being a doctor in the hospital who all the patients depend on,” Lumpkin said. “Being a mayor you have the whole community depending upon your leadership. Your town depends on you for guidance and your humbleness. Everything lies on your shoulders. You have to make the very best decision for your community that you possible can make.”

“Going in as Mayor, most of the goals that has already been completed,” Lumpkin said. “There were things that I felt like every community needed whether big or small. Orrville should have these events going on in the community. I’m very proud of the accomplishments Orrville has made.”

In April, the city of Orrville donated $3,700 to the Dallas County Sheriff’s Office (DCSO) to purchase two radars on its cars. The cars will be used on patrol in Orrville.

“Safety is my main concern for the city,” Lumpkin said. “Those radars will down traffic in the city and just outside the city limits.”

“The donation is absolutely beautiful and it gives us a way to protect the city,” Hatfield said. “We appreciate the mayor and her staff.”

Lumpkin said she still has a few more goals to accomplish in Orrville.

“A passion of mine is seeing Orrville get its first Public Library,” Lumpkin said. “My heart is in to get a Library for the children of Orrville. It will give them a place to come and work on their school work because the internet service in various community doesn’t work very well.”

“I don’t feel like we are being overlooked because Orrville has done something that some larger towns haven’t been able to do,” Lumpkin said. “It balances out because I always have been a visible person in the Orrville community.”

Lumpkin said her life changed when she became Orrville’s mayor in 2012. Lumpkin defeated Gene McHugh, who served 21 years in that role. Lumpkin was re-elected in 2016, defeating Stephanie Nickles Mims.

“Since 2012, my life hasn’t been the same,” Lumpkin said. “I have learned a lot about various things that I didn’t know and I have grown in things that I did know.  Being a mayor, you get a chance to meet people in all walks of life. Most of all, you are in position to help and make a change in people’s life. That has always been my mission.”

Lumpkin successfully juggles her day job along with being mayor.  She’s worked in the U.S. Postal Office for the last 23 years.

“Being an employee for the United States Postal Service has been a blessing, it gives me a chance to get to know people in other communities,” Lumpkin said.

Family is also an important part of Lumpkin’s life. Her husband, William Sr., is an Orrville Councilman.  They have two children, Kanitra and William Jr.

The Lumpkins own the Lumpkin Highway Contracting LLC Company for 21 years and The Lumpkin Farm since 1987. The Lumpkin farm raises cattle for sale.

“Because of the support that I receive from my family who is there with me all the way, they are by my side willing to help wherever is need,” Lumpkin said.

Lumpkin has made her mark in Orrville and set a high standard for her successor whenever that time comes.