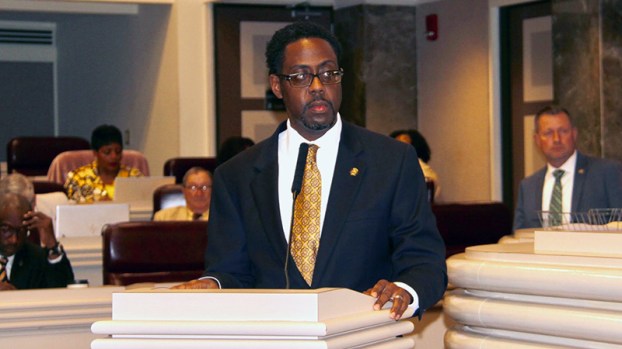 According to the press release, voters will now be required to submit a copy of their “valid photo identification” along with their absentee ballot application, a move Merrill’s office says will “ensure that only eligible voters receive ballots for the election in which they are qualified to vote.”

Previously, voters were not required to present a valid form of photo identification with their applications.

“Now more than ever, we are making it easier to vote and harder to cheat,” Merrill said in the press release. “By streamlining the process to verify absentee voters, we are making the submission of an absentee application easier and more efficient for all who are eligible.”

While Alabama Rep. Prince Chestnut, D-Selma, has no problem with the rule requiring that “people identify who they are when presenting themselves to vote,” he wonders if there is any proof of “rampant voter fraud where people are using false identities.”

“I think we all know the intent behind these types of laws,” Chestnut said. “The incremental steps of erecting barriers to voting is something that is concerning and obliges all who love democracy to be watchful.”

Under the new law, Absentee Election Managers will no longer be required to publish a list of absentee voters, including addresses and polling places, in the county courthouse, which Merrill says will protect voter privacy and keep “information from being compromised by those looking to influence elections.”

The new law also introduces two new instances that would allow a voter to submit an absentee ballot – if the voter is a caregiver to an immediate family member or has been incarcerated but not convicted of a disqualifying felony – and allows voters to apply for an emergency absentee ballot while acting as a caregiver to someone who requires medical treatment or if an immediate family member dies within five days of an election.

Voters will also be allowed to submit ballots via commercial carrier, as well as U.S. mail, to “ensure absentee ballots are returned in a timely manner in a way that is convenient.”

For his part, Chestnut believes that absentee ballots should be available to all voters, not just those who meet a strict set of criteria laid out by the Secretary of State’s office – to that end, he proposed legislation during the 2019 legislative session that would have allowed for “no excuse” absentee voting, but the bill stalled.

“We should pass a no excuse absentee bill, which would allow anyone who wants to vote early the opportunity to do so,” Chestnut said. “I sponsored such a bill but it laid dormant in committee for political reasons.”

Such a move would be in line with Merrill’s claim that the Alabama Secretary of State’s office is “working to make the electoral process more efficient and accommodating for the people of Alabama,” but there is little appetite among Alabama Republicans to approve such legislation.

According to the Brennan Center for Justice, Alabama’s voter identification law was never approved by the U.S. Department of Justice – in fact, it was never submitted – because it didn’t take effect until 2014, after the U.S. Supreme Court “gutted” the Voting Rights Act.

As a result of that law, more than 100,000 Alabamians lack acceptable proof of identification and roughly a quarter of eligible voters live 10 miles from an identification-issuing office and do not own a car.

Despite that, Chestnut doesn’t believe the changes will have much of an impact in Dallas County.

“I do not believe there will be much of an impact felt here in Dallas County,” Chestnut said. “People here are politically intelligent and cherish their right to vote.”

Norma McCrory stopped by the Selma Rotary Club meeting on Monday to speak about the effects of Alzheimer’s disease. McCrory,... read more