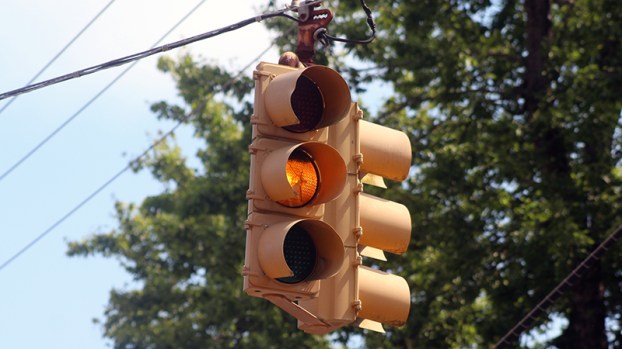 At the intersection of Minter Avenue and Boyntons Street, aging and cracked traffic lights flicker red and yellow in either direction, displaying in technicolor a scene repeated in neighborhoods throughout the city.

For Selma City Councilwoman Jannie Thomas, the issue has been one at the forefront of her mind for the last several years and little has been done to address the problem despite her success in acquiring 10 traffic light switch boxes to be used across Selma.

“We need these boxes up,” Thomas said. “We’ve got to find a way to help move forward.”

According to Thomas, the switch boxes currently in place are relics of the 1950s and 1960s that require constant repair.

“It’s come to the point where repairing them isn’t working anymore,” Thomas said. “They keep patching them up and they keep going out.”

Thomas said the real issue for the city is the traffic lights in residential areas, since state highways, like those that run along Broad Street and Highland Avenue, are maintained with state funds.

With that in mind, the city approved the expenditure of public works funds to purchase the new boxes, which cost $5,700 a piece, but nothing has been done to install the new boxes since their arrival in June.

Thomas said the hold-up appears to be in the Public Works Department, under the direction of Steven Hendricks, which is responsible for organizing the various moving parts required to install the new switch boxes and the hardware connected with them.

Because the new boxes are computer operated, it will likely require expertise currently lacking in the city’s Public Works Department, which has only two employees, as well as the installation of new power poles and other accessories.

For this reason, Hendricks is supposed to be the one working with Alabama Power to get the new switch boxes installed.

Further, Thomas noted, the Alabama Department of Transportation (ALDOT) has offered to send someone to assist in the installation but, again, such cooperative action requires oversight and organization on the part of the Public Works Department.

“It’s going to have to be done right,” Thomas said. “This didn’t just start – this has been on priority for some time. If we have to bring in somebody else then we need to bring whoever we need to to get these lights working in the city.”

“Some people have had accidents,” Thomas said. “Public safety has got to be our number one issue. It’s time for us to put new boxes in – some places need new traffic lights, but we’ve got to get the lights working first.”

For Thomas, the ongoing confusion at city intersections and the delay in addressing that confusion is not the only source of frustration – despite the council’s support for the measure and her dogged pursuit of seeing the new boxes installed, Thomas continues to hear from frustrated and angry constituents hoping to see the problem solved.

For her part, Thomas asserts that the council has done all that it can by approving the expenditure and ensuring that the new hardware arrived in the city – beyond that, the council must rely on city hall and city department heads to see the project through to completion.

“The citizens are entitled to know,” Thomas said. “It’s not us – the council has done their job. We voted to get the boxes, the boxes are here and the person doing them needs some help.”

That person is Ledell Tenner, an employee in the Public Works Department  who receives work directives from Hendricks and who Thomas describes as a man in poor health, wholly unable to tackle to work at hand on his own.

Thomas plans to take matters into her own hands in the coming days by reaching out to Alabama Power and ALDOT to begin the process of turning on the lights and restoring calm to traffic in neighborhoods across the city.

The Public Works Department could not be reached for comment.

On Tuesday morning, the Selma Fire Department (SFD) presented a check for $5,137.75 to the Muscular Dystrophy Association (MDA), the... read more