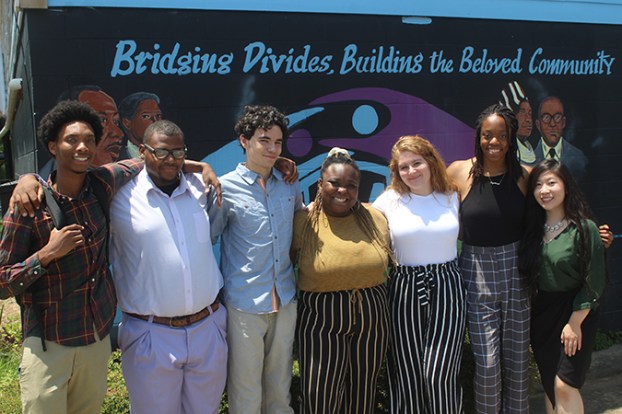 All seven of the program’s interns were recognized at the ceremony and each one of them gave a brief report about their role in mentoring the children of the summer camp over the last five weeks.

“It’s just a time to celebrate all of the work that everyone has done over a very long and very great summer,” said SCNTR Executive Director Ainka Jackson.

In addition to helping out with the summer camp the interns performed other acts of community service including registering voters and working on legal cases.

SCNTR Community Organizer Mark Myles said that the interns learned a lot and showed growth during the 5-week program.

“Many of them were very timid when they got here five weeks ago,” said Myles. “But many of them have really stepped out of their comfort zones and show tremendous growth.”

Connie Tucker Social Justice Intern Blessing Joseph, who served as a law fellow for the program, said her internship was a positive experience.

“We got to talk to different personalities, different people and understand them a little bit,” said Joseph. “It was really fun, really insightful. Learning about other people’s lives is definitely much different face to face rather than just reading about them or watching them on T.V.”

Joseph said that the biggest lesson she learned while interning with the SCNTR is to put away the notion of prejudgment.

“Put away the first thought you have about someone or something and try to bring up a new perspective before you put your own spin on it,” she said. “That’s definitely something I’m going to carry with me into my life and into my career.”