McGuire works to become attorney, give hope to generations 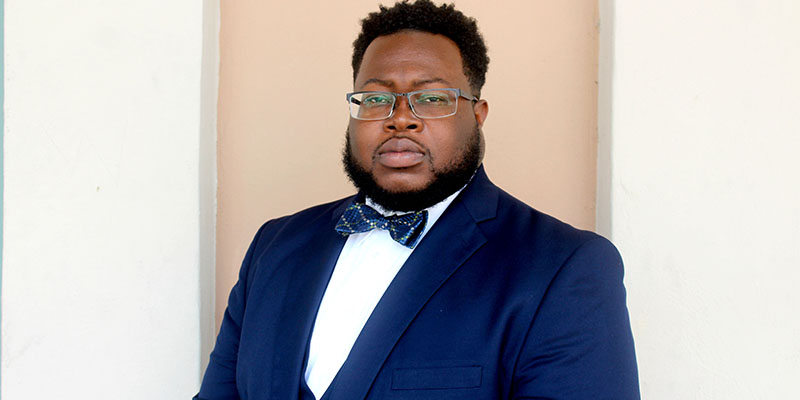 Donavan McGuire has goals to inspire the younger generations as he prepares to take the Bar Exam after graduating from law school.

“My motivation for being an attorney really is to change the narrative of how minority males are viewed,” he said. “I stayed across the river but I think there’s a notion that they can’t do it. I want to show them that they can do it. Not necessarily to become a lawyer but that they can set a goal and achieve it. When I was younger I wanted to be a judge and I knew I had to be a lawyer in order to be a judge.”

Right now, McGuire is focusing on studying for the bar exams but before that he worked as an Outreach Coordinator for Mid-Alabama Coalition for the Homeless where he connected people to resources and shelters and he served for five years in that position.

“I spent my time doing assessments for individuals and families ranging from domestic violence and mental illnesses. I dealt with those types of issues most of the time,” he said. “We had people living under bridges so I would be there under the bridge with them talking with them. Other days I would be picking somebody else up to take to a domestic violence shelter. You never really knew what you were going to get when you went into work that day.”

“My biggest thing is to set an example for the youth,” he said. “Right now, I’m an elected official for the Democratic Executive Committee. I definitely want to continue to serve and in different capacity.

“I was born and raised in Selma and family is one of the biggest things for me,” he said. “They were a big support system not only my family but my church family as well. I have been at the same church all of my life. Even as a young man that was always a big part of me.”

McGuire also credits his fraternity for the impact they have had in his life.

“I’m a member of the Delta PI Lambda Chapter of Alpha Phi Alpha here in Selma and the work that we do in the community and serving I feel like it is a core of my foundation just helping people,” he said.

Service is a big part of McGuire’s life philosophy.

“I think there is a need that we owe it to Selma to give back,” he said. “We have a saying in my fraternity that ‘service is the price you pay for the space you occupy’ I just agree whole heartedly on that. This is the place that birthed us and I don’t want to turn my back on Selma. I’m not saying that everyone that leaves has turned their back on Selma but I just feel an obligation to myself to serve.”