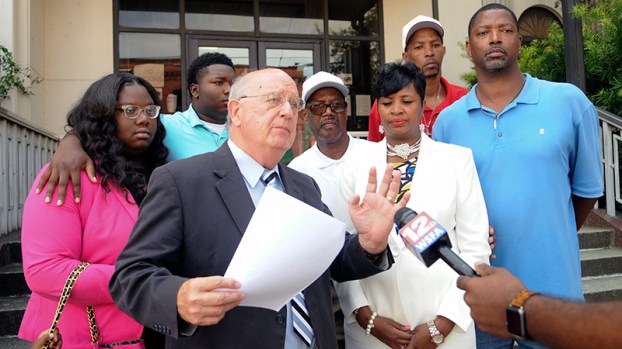 However, McPhillips submitted an additional document, an Amended Memorandum of Law, which lays out additional legal arguments to contest Melton’s repeated dismissals of Wade as Selma City Treasurer.

“We don’t think [Melton} has any potential protection under the law to remove [Wade],” McPhillips said. “She’s not capable of being removed at any time in any way by the mayor.”

The memorandum filed Wednesday says as much and cites a number of court cases meant to support that argument.

The memorandum begins by contending that Wade, by virtue of her position holds public office – Alabama Code states that a treasurer is elected by the city council, which fixes the terms of office, salary and duties, to serve until a successor is elected; city ordinance states that “the treasurer shall perform such duties as prescribed by ordinance or resolution and by state law.”

This, taken in conjunction with a ruling in the court case State v. Stanley, which states that a “public officer is the person whose duty it is to perform the agency for the state of a public office,” indicates that Wade is not merely an employee able to be fired at will, but a public officer.

“Taking this into consideration, [Wade] holds public office for the City of Selma and is invested with a part of executing and/or administering Selma’s sovereign functions,” the memorandum states. “[Wade] must not only retain her pay, but also the authority, duty and right to serve as Selma’s City Treasurer.”

The memorandum cites additional court cases which support the claim that a person holding public office is privy to employment rights not afforded standard employees, such as Hard v. State and Cooper v. Green, before asserting that Wade can only be removed from her position via impeachment.

To support that claim, the memorandum cites Section 175 of the Alabama Constitution, which reads in part as follows:

“A county officer and officer of an incorporated city or town may be tried for impeachment…and upon conviction be removed from office by a court having jurisdiction to try felony cases in the county or circuit in which the officer holds his or her office.”

Again, the memorandum cites multiple Alabama court cases, including Bradford v. State, in which the Alabama Supreme Court found that a Fairfield City Attorney had to be impeached to be removed from office because he held public office as defined by the state constitution.

“As presented to the court, [Wade] is the City Treasurer and was elected by the city council to hold that public office for a fixed term,” the memorandum concludes. “The Alabama legislature created the municipal position and defined the rights, duties, powers and authorities of the individual elected by the city council to serve the public in this public office. As required by the Alabama Constitution, [Wade] can be removed from office, but only by impeachment under Section 175 of the Constitution of 1901.”

Howard did not respond to a request for comment.