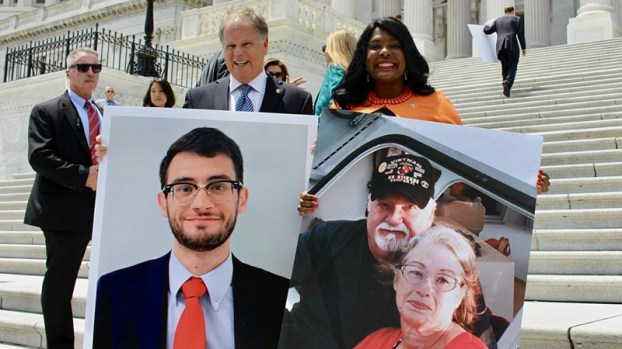 On Tuesday, as the Fifth Circuit Court of appeals was hearing oral arguments in the Texas v. United States lawsuit, a Republican-orchestrated suit to dismantle the Affordable Care Act (ACA), U.S. Rep. Terri Sewell, D-AL, lambasted the latest attempts by President Donald Trump’s administration to eliminate protections for people with pre-existing conditions, as well as every other benefit and protection provided by former President Barack Obama’s landmark healthcare bill.

“Let me be clear: Republicans are going after Alabamians’ healthcare without any plan to replace it,” Sewell said. “If the Trump administration has its way in court, nearly 2 million Alabamians with pre-existing conditions will lose critical protections, insurance companies will be able to charge women more than men and health insurance costs will go up for all Alabamians, even those with employer-based coverage.”

Sewell noted in her remarks that all of this is happening as House Democrats have passed legislation to strengthen protections for people with pre-existing conditions and lower healthcare costs and prescription drug costs.

“I will continue to fight to expand access to affordable, quality health insurance,” Sewell said.

During a press conference Tuesday, Sewell highlighted the plight of Dan and Debi Garrett, a couple from Oxford covered by the ACA.

The couple is at risk of losing coverage if the Republican effort to undermine the ACA is successful, a daunting prospect as Debi Garrett was previously denied insurance because her blindness was considered a pre-existing condition, according to Sewell.

In a press release, Sewell claimed that “the health and financial wellbeing of Alabama families will be at risk” if the Trump administration’s efforts to repeal the law are fruitful and cited staggering numbers to back up her claim.

According to the press release, nearly 2 million Alabamians with pre-existing conditions will lose protections enjoyed under the ACA, including more than 264,000 children, nearly 1 million women and more than 450,000 Alabamians between the ages of 55 and 64.

If the repeal effort pans out, insurance companies will again be allowed to charge people with pre-existing conditions more for coverage – an analysis by the Center for American Progress, an independent and nonpartisan policy institute, found that insurers could charge up to $4,270 more for asthma patients, $17,060 more for pregnant women, $26,180 more for people suffering from rheumatoid arthritis and over $140,000 more for patients with metastatic cancer.