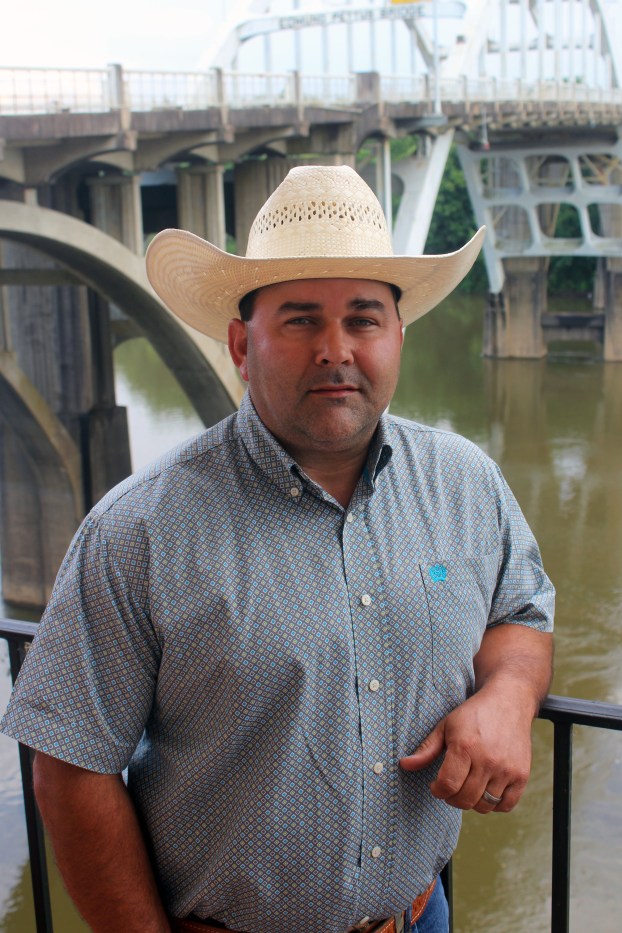 For Bryan Monk, quality time with his wife, Dede, and two daughters, Leah Jane (3) and Madison Wren (1), consists of getting up early in the morning to look after cattle on his fam in Marion Junction.

Monk, in addition to tending to 300 head of cattle each day, also works as the manager of Central Alabama Farmers Co-op in Faunsdale as well as an ALFA Board Member and President of the Dallas County Cattleman’s Association.

You could almost say that Monk has cattle in his blood. Though he has no formal education or degrees in agriculture or cattle science, he is a third-generation cattle farmer.

Monk’s passion for cattle is evident within minutes of speaking to him. Monk speaks about cattle with the utmost adoration.

“There’s nothing prettier than getting up early in the morning and watching the cattle graze,” said Monk.

Monk says that it was his grandfather who instilled in him a love for the cattle industry.

“He’s the backbone of me doing what I do now,” said Monk.

Between the Co-op and his farm, Monk is always busy.

Monk wakes up early in the morning to attend to his cattle before heading to the co-op, where he spends the day meeting the agricultural needs of his customers.

When he returns home in the evening it’s back out to his cattle where he spends the evening making sure their taken care of.

Despite his busy schedule, Monk still finds time to spend with his aforementioned family.

“Sometimes that means us all going out to check on the cattle together,” said Monk.

Though Dede wasn’t born into the cattle industry the way that Monk was, over the years she has grown to love it almost as much as her husband.

“She didn’t grow up in it like I did,” said Monk. “But she’s really developed a love for the cattle industry.”

Monk is hopeful that Leah Jane’s interest in cattle continues to develop as she grows up.

“She loves it all,” said Monk. “She’s really in love with the farm life. She loves cows, she loves the farm. I really hope she doesn’t lose interest as she gets older.”

Monk is also passionate about feeding the interest of other young farmers and ranchers in the area as a leader in the Young Cattleman’s Leadership Program.

As part of Monk’s role in the Young Cattleman’s Leadership Program, he will travel the state of Alabama visiting other ranches and farms.

Upon his return, he will bring back the skills he has acquired and share them with other local farmers in the community.

Monk feels that it’s important to instill the importance of farming and agriculture into the younger generation.

“We really need young people to step up and fill that role as farmers and cattleman,” said Monk. “Our young people need to understand that food doesn’t just come from the grocery store, people have to work for us to eat.”

Tammy Sims has established herself as one of the most versatile residents in Dallas County. The Valley Grande resident is... read more