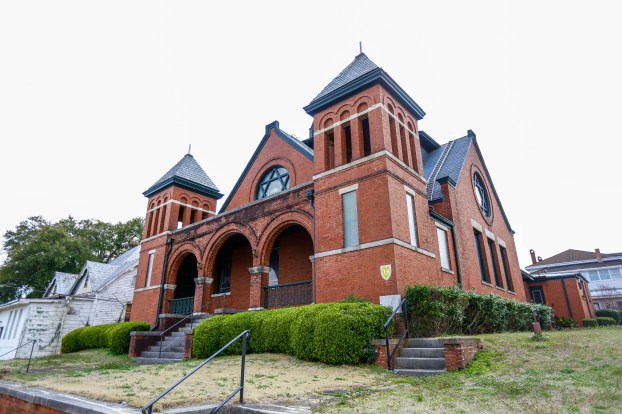 Ronnie Leet drives by Temple Mishkan Israel almost every single day, and not a day goes by that he doesn’t feel a sense of connection to the historic temple.
Leet, president of the temple, is a life long resident of Selma.
Growing up in the city, Leet experienced many monumental moments within the temples walls including his bar mitzvah, his sister’s wedding and a decades of worship services.
“I grew up in the temple,” said Leet. “Just like people who grew up in a church. It’s the same situation. You love the place and it becomes your second home.”
Leet referred to the temple as a gathering place for the Selma’s then thriving Jewish Community.
“The temple was a center for us as Jewish people and it was a community that was full of Jewish citizens.”
According to Leet, Selma’s Jewish population began to dwindle in the 1950s. Leet is now one of four members of Temple Mishkan Israel’s congregation, and at 68 years old he is the youngest.
“I was one of two kids who came back to Selma after school,” said Leet.
Recently, the future of Temple Mishkan Israel has become much brighter.
After nearly 20 years in the making, the temple is finally making steps to restore the temple so that it may be enjoyed for future generations.
According to Leet, many of those steps were planned by Dr. Amy Milligan, a professor and researcher of Jewish studies at Old Dominion University in Norfolk, Virginia.
Milligan has created a GoFundMe account to raise money to renovate the temple as well as a Facebook page to increase awareness.
“She [Milligan] has fallen in love with Selma,” said Leet. “She came here on a whim and fell in love with the temple. She has just decided that this is a project she wants to be involved in.”
Leet describes Milligan’s enthusiasm for the project as contagious, and is happy to have her outsider’s perspective.
“That fulfills a void in this whole process for me,” said Leet. “Now I have somebody that can write things and that can think outside of the box. When you’re so ingrained in something, sometimes it’s hard to dig details out and say things that you want.”
Milligan’s input has helped Leet begin to reach out to the right people who can make the temple renovation possible.
While it’s a comparative drop in the bucket compared to the $8-9 million needed to renovate the temple, the GoFundMe Milligan created has raised nearly $3,500 since it was made public two weeks a go.
“It’s a start,” said Leet. “We feel hopeful. We believe it can be done. It’s going to take a lot of money to do what we need to do.”
According to Leet, the most critical repairs needed to restore the 120 year old building include a new roof, electrical and foundation repairs, all of which are original to when the building was constructed in 1899.
“Hopefully this project will happen before we get anything so extensive that we can’t afford to do it,” said Leet. “Once you start neglecting the issues it’s going to go straight downhill.”
While renovating the historic building seems like a daunting task, Leet is determined to be patient and tackle it in stages.
“You’ve got to start somewhere,” he said.