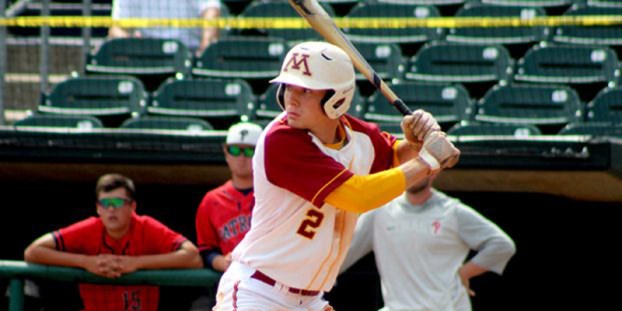 Henderson, The Selma Times-Journal’s baseball player of the year, has two solid options for a successful future. He signed a baseball scholarship with Auburn University and was a second-round pick of the Baltimore Orioles in last week’s MLB Draft.

Henderson has a July 12 deadline to sign with the Orioles or enroll at Auburn for the 2019-2020 school year. Henderson said he hasn’t made a decision, but expects to make one before the MLB deadline.  He plans to visit the Orioles’ facility this week in Maryland.

“It’s a true blessing from God,” Henderson said. “It’s been my lifelong dream to play in the MLB, so just getting that opportunity is a blessing. If it works out, I’ll be happy to a Baltimore Oriole. If not, I’d be fine playing at Auburn.”

“Gunnar Henderson is very athletic and he can run, but he’s a big guy,” Elias said. “He’s got plus power, and he hits well, and it’s still a third base profile, but if he ends up staying at shortstop, I think that would be icing on the cake.”

Henderson, 17, was the driving force behind Morgan Academy’s run at its first-ever state baseball championship. He hit .559 with 11 homers, 17 doubles, nine triples and 75 RBI as the Senators (30-2) reached the AISA State Championship series.

“It’s a great honor being able to play great this year,” Henderson said. “I’d like to thank my teammates for pushing me and giving me confidence. We held each other accountable. It was great to spend it with my best friends.”

Henderson displayed class after the Senators lost the best-of-3 championship series to Pike Liberal Arts, including a 13-8 heartbreaking in a decisive third game at Riverwalk Stadium in Montgomery on May 8.

“It was a great season, I hate we couldn’t close them out, but the experience will help me down the road,” Henderson said.

Morgan Academy coach Stephen Clements said it was an honor to coach Henderson, who made The Selma Times-Journal’s All Dallas County basketball team..

“Gunnar is special, he’s a young man with high morals and has a great work ethic,” Henderson said. “His athletic ability is the best I have ever seen. I cannot wait to see what the future holds for him.”

The future looks bright for Henderson whether he attends Auburn or signs with the Baltimore Orioles.