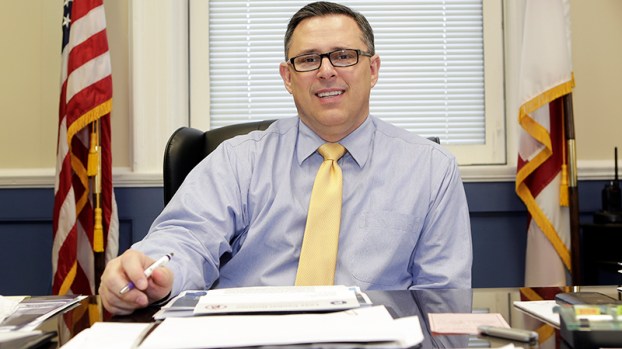 Facing a fifth back surgery as a result of spinal injuries sustained during a car crash in 2014, Collier had been considering retirement before Tuesday’s rocky council meeting – after calls for his resignation from Montgomery attorney Julian McPhillips and Selma City Councilman Sam Randolph during the meeting, the law enforcement veteran decided to hang up his badge.

Collier has led a storied career in law enforcement agencies across the state and spent nine years in the Alabama House of Representatives.

After graduating from Troy University, Collier briefly worked as a teacher and coach before following his passion and becoming an officer with the Pritchard Police Department.

During his 10 years as an Alabama State Trooper, Collier served in a number of positions, including Highway Patrol, Special Operations Squad Leader, Traffic Accident Reconstructionist, Adjunct Instructor at the Alabama Criminal Justice Training Center and Assistant Post Commander and Supervisor in the Public Information Unit.

In 2002, Collier was elected to the Alabama House of Representatives as a Republican, a post he held for nine years after being re-elected in 2006 and 2010.

Perhaps the crowning achievement of Collier’s career, which would eventually end in disaster, was being named the first Secretary of Law Enforcement leading the Alabama Law Enforcement Agency under Gov. Robert Bentley.

Collier’s tenure under Bentley ended in controversy when he was fired over allegations of misusing funds and filed suit against Bentley for defamation – that case was recently settled.

Collier’s tenure at the SPD, which started more than two years ago, was marked by the shooting of SPD Officer Micah Hale and the indictment of officers Kendall Thomas, Toriano Neely and Jeffrey Hardy, the fall-out from which resulted in calls for his resignation.

Collier has continued to insist that his involvement in the officers’ indictment – the first of which resulted in the charges being thrown out; the second of which was announced earlier this week and led McPhillips to lambast both Collier and Selma Mayor Darrio Melton on the steps of city hall Tuesday and, later than day, before the city council – extended no further than cooperating with the Attorney General’s office.

“I refused to stand by while a sitting governor attempted to undermine a criminal investigation by the AG’s Office,” Collier said in a press release announcing his retirement. “So, refusing to assist another law enforcement agency because a defense attorney and a few Council members felt that I should [have] defended their behavior was a very easy decision to make.  A Dallas County Grand Jury handed down the indictment and I would never, ever undermine that.”

Despite the controversial conclusion to his stint in Selma, Collier is pleased with the work he was able to do as the city’s police chief – during Tuesday’s council meeting, Collier noted that Selma’s homicide rate is currently down 300 percent, with only three murders so far this year.

“I am proud of our accomplishments during my tenure and…the hard-working men and women of Selma PD,” Collier said in the release. “I also enjoyed working [with] my former legislative colleague, Mayor Darrio Melton.”

Collier’s retirement will become effective July 30 – until then, he is on leave under the Family Medical Leave Act (FMLA), which he asserts protects him from any action the council might take against him in the coming weeks.

While most of his time between now and then will be spent recovering from surgery and spending time with his family, Collier is already mulling a possible run for public office – U.S. Rep. Bradley Byrne, R-AL, is vacating his seat representing Alabama’s First Congressional District and Collier may run to replace him.