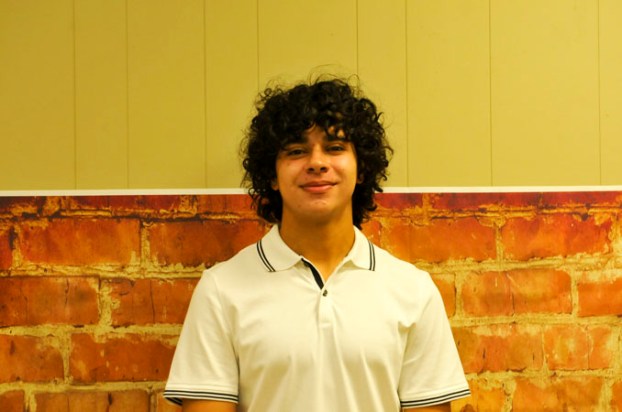 “To me, being named valedictorian is a huge honor and all of my hard work paid off,” Hammad said. “I spent a lot of time studying. I felt proud of myself. I worked very hard.”

Hammad said that he always gave 110 percent whether it was in the classroom or on the tennis court.

“I try to be the best version of myself,” Hammad said. “I want to be the best I can and I don’t want to leave it there. If it’s something I can do, I won’t let the opportunity slip away.”

Hammad also credits his mother, Rim Hammad, a teacher at Morgan Academy, for his rise in the academic world.

“My mother influences me,” Hammad said. “If I fall down, she helps me get back up and keeps me afloat.”

Rim Hammad and her husband, Iad Hammad moved to Selma in 1994, the same year they got married. Hammad is the second of their three sons. The oldest attends UAB and the youngest will be a sixth-grader at Morgan Academy this fall.

“I’m very proud of Belal, he’s worked very hard,” Rim Hammad said. “I always try to help my children as much as I can. Belal really liked tennis and it was the only sport he was interested in.”

Hammad is equally proud of what he accomplished on the Senators’ tennis team. He was a singles player and helped Morgan Academy win three straight AISA state championships in tennis. Hammad has played on the tennis squad since the seventh grade.

“Winning three straight tennis championships had never been done before at Morgan Academy,” Hammad said. “It was really surreal.”

“Everyone was always trying to get better and trying to win,” Hammad said.

“Last year, we had two injured players above Belal in the lineup, he stepped up and played number one, he did a great job,” Stinson said. “He also jumped in doubles play when asked although he’s not fully comfortable playing doubles. At the end of the day, Belal is the kind of smart teammate you want to get the job done.”

Hammad left a mark at Morgan Academy and he’s looking forward to the future.