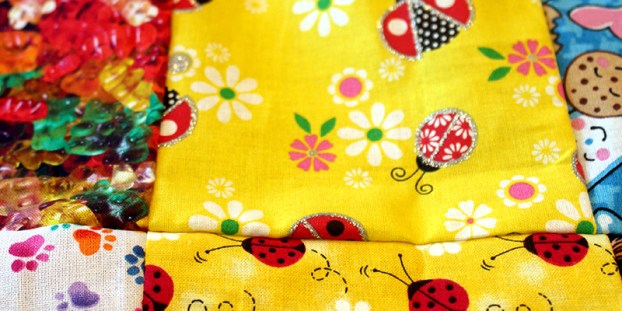 For the past few months, ArtsRevive has started a new group that meets every Tuesday from 9-11 a.m.

Overlooking the Alabama River, quilting enthusiasts of all levels have a tranquil setting to do what they love to do.

Youngblood said the experience level in the groups is across the board.

“We have some people that have been doing this for over 50 years and some that are just starting out and everything in between,” she said.

For Faye Messer, sewing has been a huge part of her life.

“I’ve been sewing for a long time,” she said.

Quilting for Messer is something she can also give to her family.

“My great-grandchild is two and we have different things that we work on,” she said. “You have to do it right the first time because you don’t want to tear it apart.”

Suzie Watkins is still fairly new to the group.

“When my mother died, she had several quilts that was my grandmother’s,” Watkins said.

Watkins took to YouTube and began learning how to add to the collection.

“I looked on YouTube and my daughter bought me this sewing machine,” she said. “I’m really a hands-on person. That is how I learn.”
While Watkins has been sewing for a while, quilting is another feat.

“Even though you know how to sew, quilting is a different ball game,” she said. “You have to know how to cut and cut the right amount and put it all together. I make sure everything is right all the adjustments and everything. I take a day and I get everything organized.”

Sue Adams has been quilting for about 10 years, and has even taken classes on how to improve her skills.

“I’ve gone to workshops in Montgomery and they offer quilting classes,” she said. “I took it upon myself to go. Whenever I get stuck on something, I like to learn more about it. I’ve taken several of them throughout the years.”

Adams said her beginnings in quilting came from her relatives.

“My dad’s aunts did this and I’ve sewn,” she said. “I just wanted to take up quilting. I was just really interested in it. The process of putting things together is like a puzzle. You either like it or you don’t. One thing about quilting is that it takes getting used to. It takes a lot of practice because you have to learn how to cut accurately. When you work on it and it starts going together you great really excited about it. Part of the fun is the planning of it.”

“I bought one book that has some plans in it,” Adams said. “Sometimes you can take the books and follow them exactly and sometimes you can get an idea of what you can do and you can kind of move off from it. We love it. It becomes a passion for so many people. I know it’s a passion for me. It just takes practice. There’s enough of us we don’t know everything but each of us knows something about this and we can pass to someone else. That’s what life is all about.”

On the wall behind the sewers sits a quilt that won the People’s Choice Award for the 2017 Roots and Wings Art Show.

The piece, titled “Secret Haven,” was made by Susan Morgan.

The quilt is made of different pieces of fabric that are dyed different colors to make a picture. This quilt depicts a forest scene and serves as an inspiration for the quilting group.

“I want to do one but I’m not sure how it will turn out,” said Messer. “Can you imagine how long that must’ve taken to do? It’s not a quilt you use.”

“We purchased the quilt after it won,” Youngblood said. “If you get up close to it, the material is hand dyed and if you look at the trees and all that you can see it. Her [Morgan’s] work is just amazing. I’ve never seen anything like it. The people at the show last year just stood in awe of it.”

Youngblood said anyone interested in joining the group is welcome.

Why I love Selma – Dianne Harris

Despite growing up in Selma during one of the most tumultuous times in American history, Voting Rights Movement veteran Dianne... read more