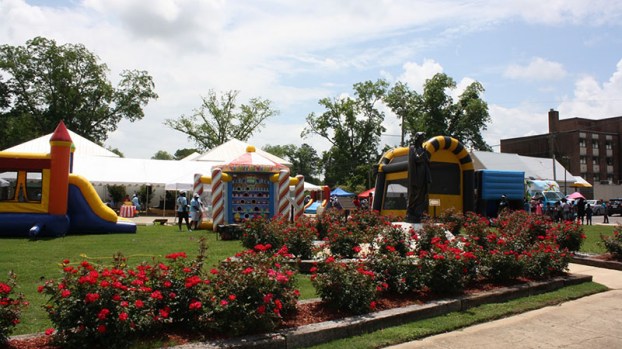 Friday morning at 11 a.m. the lawn at the Center of Hope will once again be transformed into an old-fashioned carnival.

This year’s community festival marks the fifth year in a row that Selma’s Edmundite Missions have held the event.

Edmundite Missions CEO Chad McEachern has worked hard to grow the festival over the past several years.

According to The Edmundite Missions, the festival has grown each year not only in attendance but in activities as well, last year’s festival drew a crowd of around 2,000 people.

This year’s festival will see the addition of a petting zoo as well as a video game truck.

McEachern said that the festival is all about providing Selma with a fun and safe place to gather and relax.

“It’s been a joy to see so many people come together year after year,” he said. “We are just incredibly thankful for the chance to share what we are about. To see everyone smiling and enjoying being together makes all the hard work of planning the festival worth it.”

Collier: ‘I am going to support my officers’