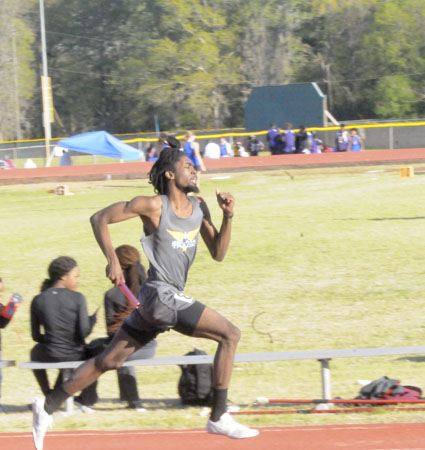 The Selma High track team had a record-setting season.

Davis Askew broke the school record in the 300 Hurdles with a time of 46.3.

The Saints also set a new standard in the 4×400 meter relay with a winning time of 3:39. Preston Waller, Trenton Waller, Jakobe Robinson, and KamauSel Little all were part of Selma High’s record-setting relay squad.

On the girls side, Lynderika Harris, Brittany Johnson,Necole James and Cerya Blake didn’t break records, but had personal best times in the 4×100 and 4X400. Shekiya Stephens also had a season-best in the discus.