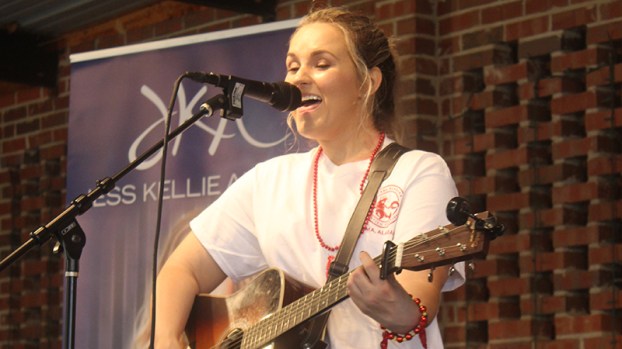 While the threat of rain kept some at home on Saturday, the Fifth Annual Central Alabama Crawfish Festival still was able to sell every pound of crawfish by the end of the day.

The Selma Lions Club hosted the event at their fairgrounds on Dallas Avenue.

“It went great,” said Linda Haskell who is with the Lions Club. “We were concerned with the rain but we were thankful the bad weather held off. Everything was pretty much cleaned up and back inside by the time the heavy rain got here that night.”

“We had a ball with Jess Kellie Adams,” said Haskell. “We met her in January. We invited her to come and sing for us, and we just fell in love with her family. They had never tried crawfish, and that was unique for them.”

Event organizer Sergio Sanchez said this event has grown every year, and expressed his gratitude to all that participated in the event.

All proceeds went back to the Lions Club who also host the Central Alabama Fair every year, and make some donations in the community as well.

A Greensboro resident was sentenced to life in prison and 15 years for attempted murder of a co-defendant. Circuit Court... read more