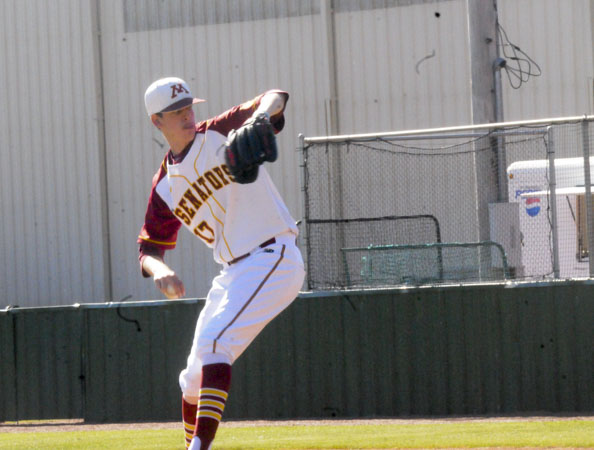 Behind the pitching of Matthew Davis and Jeremy Lee’s no-hitter, the Senators swept past Fort Dale 7-1 and 12-0 in a doubleheader Tuesday night at home.

In game one, Davis overcame three potential horrific innings to get the win. He struck out eight batters, allowed a run on just five hits.

“I struggled from the beginning, but I found a way to figure it out,” Davis said. “Having a good defense behind me gives me a lot of confidence.”

Gunnar Henderson hit a two-run homer in game one.

The Senators put the first game away with a five-spot in the fifth inning.  Jeremy Lee hit a two-run double. Xavier Green and Joseph Estes each hit RBI singles, Dione Allen scored on a wild pitch in the inning.

The second game was called because of the state’s 10-run mercy rule after 12 innings.

Lee threw a no-hitter and struck out seven in the second game.

“I thought our pitching staff did an outstanding job,” Clements said. “Matthew did a good job facing adversity. Jeremy came out and delivered fastballs in the mid-90’s. I was also pleased with our approaches at the plate in the second game.”