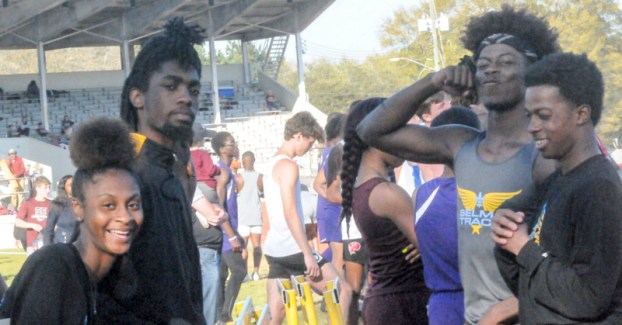 The Saints and Ellwood Christian Academy (ECA) each had individual winners and several top five finishes.

Selma’s Broderick Tripp won the Boys’ shotput with a winning throw of 41 feet, 10 inches. Tripp also finished third in the discus with a throw of 104-10.

Rahni Walker of ECA won the girls’ 100 meter hurdles with a first-place time of 15.76. Walker finished second in the 300-meter run and third in both the long jump and girls’ 400-meter dash events.

ECA’s Malachi Walker was second in the 300-meter run, third in the 400-meter run and fourth in the high jump.

The track meet was sanctioned by the Alabama High School Activities Association (AHSAA).

West Alabama schools from Francis Marion, Demopolis, R.C. Hatch were among those who competed.