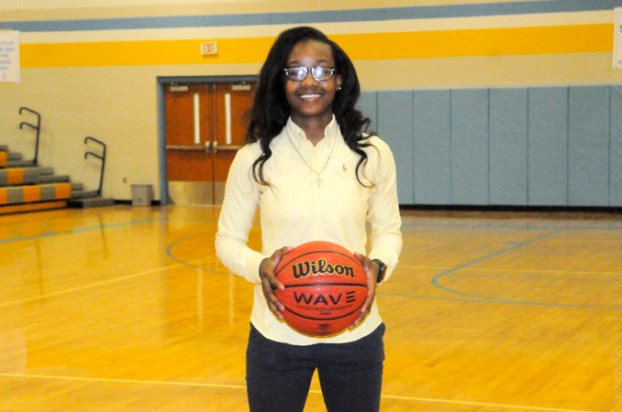 Parker’s love and enthusiasm for the sport is a big reason she earned The Selma Times-Journal’s girls’ basketball player of the year. She averaged 17 points a game and occasionally spent weekends fine-tuning her skillset.

“Being named player of the year means a lot to me,” Parker said. “I didn’t know if I’d get the award. For me to get this being a junior, it’s an honor. There are so many good players in Dallas County.”

Selma coach Anthony Harris said Parker’s dedication and work ethic are among the qualities that make her a special player. He’s coached Parker since the ninth grade and noticed improvement each year.

“Parker’s a gym rat,” Parker said. “She deserved that. She’s one of the top guards in the state. Parker took a lot of heat from me and did an outstanding job. I have a lot of confidence in her. She can play either shooting guard or point guard and be productive.”

Parker emerged as a clutch player this season for the Lady Saints (22-9). She earned MVP honors at the Dallas County Schools Basketball Tournament and made the Area 3, Class 6A tournament team. Whenever Selma needed a clutch shot, the Lady Saints turned to Parker.

Blount ended Selma’s season in the Class 6A Southwest Regional semifinals on Feb. 15 at Alabama State University. Lady Leopards coach Kim Perry praised Parker, who scored 23 points in a losing cause, after the contest.

“Parker is very good, we had to try to deny her the ball when we could,” Perry said.

The five-foot-five Parker kindly brushed off Perry’s compliments and wants to make her own mark. She was recently selected to play in the Alabama All-Star basketball game on July 17 at Alabama State.

“I’m happy for the praise, but it doesn’t excite me,” Parker said. “I want to be great.”

Parker has already began setting goals for her senior season: reaching the Final 4, winning a state championship and earning a Division I scholarship.

“The experience I got this year will be a big difference for next year,” Parker said. “I want to come back and try to win it all.”