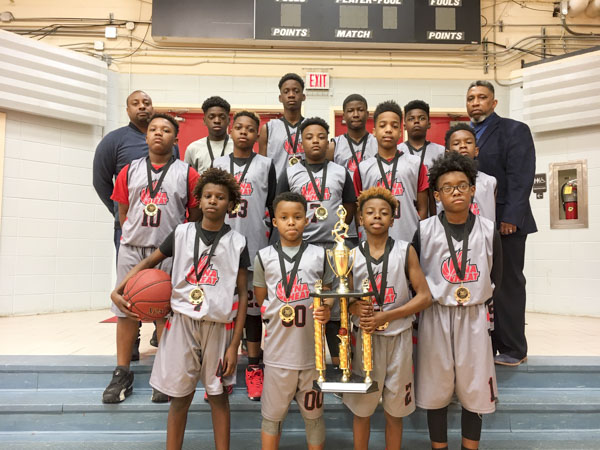 TNA Heat went 5-0 during the tournament and beat a team from Starkville, Mississippi 55-50 in the finals to win the tournament. Derick Smith and Miles Hannah each scored 15 points in the championship game, while Titus Lanier Jr. and Joshua Davis III each hit crucial three-point baskets.

Marcus Hannah said he enjoys coaching the squad as well as preparing them for the future. This is his fifth year being involved with the AAU program. He coached the 11-and-under squad last year.

“Our goal is to get them ready for middle school and high school,” Marcus Hannah said. “Our goal is to build the young mens’ skill and character and give them something to do besides being in the streets and playing video games. They are also outstanding students in the classroom.”

“We’d like to thank the parents and the community for their support,” Hannah said. “When we’ll have a tournament, we’ll post it in the local newspaper to showcase future players for Selma High and the rest of Dallas County.”