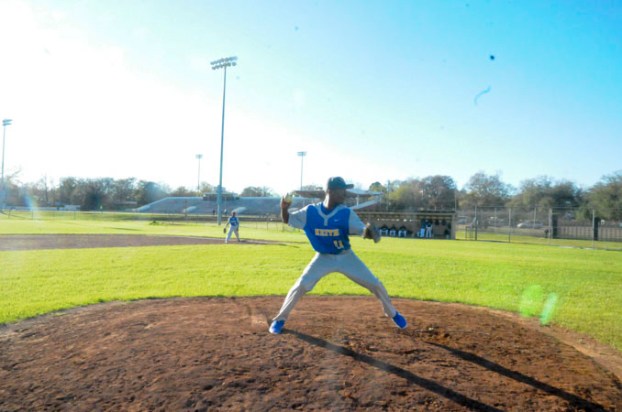 The Bears won their season-opener despite a combined 26 errors between the two Dallas County schools in freezing temperature and brisk wind. Both schools agreed to shorten the game to five innings because of the cold weather.

“It’s a good win, but we had too many errors,” Keith coach Anthony Lumpkin said. “I know it was cold tonight, but that’s part of the game. For us to be considered a good ball club, we have to cut down on those errors.”

Johnson, who had a pair of RBI, said the Bears didn’t give up despite making several errors through the contest.

“We stayed together during the whole game and we played well enough to get the win,” Johnson said. “But we made too many mistakes.”

Terrell Lumpkin got the victory in relief, pitching the game’s final inning.

“We made a lot of mistakes, but it feels great to get the win,” Terrell Lumpkin said.

The contest went back and forth throughout as each starting pitcher, Keith’s Arthur Moore and Keviyon Hayes of Southside, both didn’t last past the second inning.

The Bears scored five runs in their half of the first. Terrell Lumpkin hit a two-run single. Jadarius Deyampert and Johnson each added RBI singles. Deyampert also scored on a passed ball.

The contest went back and forth all game long as Southside took a 13-11 fourth inning lead.

Keith tied the game at 13-all as Jamal James and Jared Edwards scored on errors.

Southside coach Clarence Smiley said the Panthers can’t afford to have games like this in the future.

“We’ve got a lot of young players,” Smiley said. “We have to focus on fielding the ball and hitting the ball. We made too many errors tonight.”