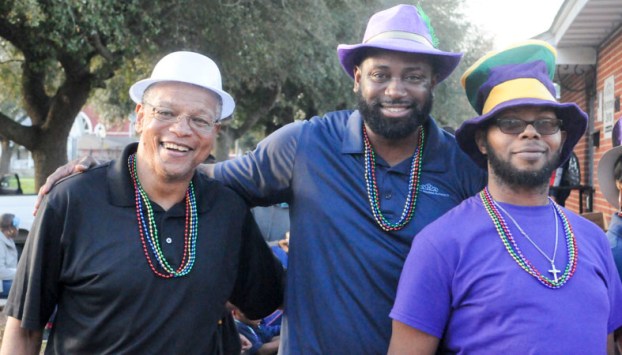 GWC residents were treated to hot dogs, hamburgers, gumbo, potato chips and popcorn, while listening to classic Mardi Gras tunes, “Walking to New Orleans” and “When the Saints Go Marching In.”

Randolph said Mardi Gras, which officially takes place on March 5, provided the perfect opportunity to have a party. Over the past month, several shootings in the Queen city have taken place in GWC homes.

“I wanted to have a theme out event here,” Randolph said. “The GWC has gotten some bad publicity lately. We wanted to shed some good light on the GWC. It’s great to see the people coming out smiling.”

Selma Police Department Capt. Johnny King, one of several SPD officers at the event, said it was a great idea to have a party.

“It was a good event,” King said. “We wanted to let the people who live in GWC that we care about them and appreciate them.”

Governor Kay Ivey on Wednesday announced her Rebuild Alabama Infrastructure Plan at a press conference, alongside a host of legislators,... read more