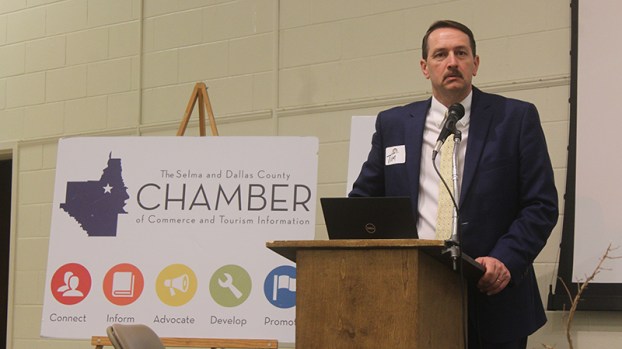 Gothard brought his knowledge of wildlife development and ways Dallas County could attract tourism through this outlet.

Gothard said the economic impact of hunting, fishing and wildlife-associated recreation is a major expenditure in the nation quoting $157 billion in annual expenditures.

He compared it to if the three recreational activities were combined and viewed into a single company, they would be ranked 11th on the Fortune 500 list.

At Alabama, the effect of hunting, fishing and wildlife watching in Alabama is about $2.7 billion.

Gothard is trying to expand the expenditures to the Black Belt Region as well.

“Many of you in this room have spent time managing your property making sure there is quality and abundant wildlife habitats,” he said. “That is what the Wildlife Federation is all about.”

He then introduced examples of wildlife associated recreations such as birdwatching and how participants will travel all over to track down a species they are trying to find. He included the importance of fishing tournaments and hunting events that draw in people to the area.

On Thursday, Alabama Secretary of State John Merrill released the names of judges in 10 counties that have been named... read more