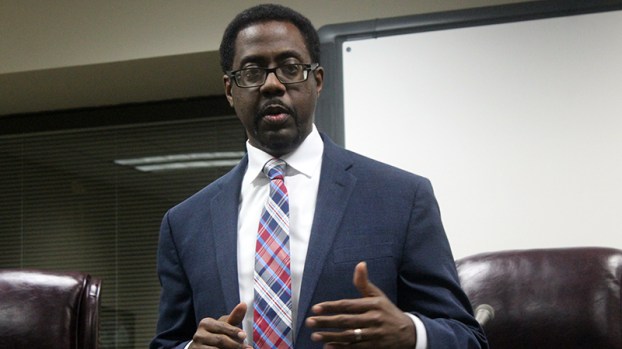 Alabama Rep. Prince Chestnut, D-Selma, held a town hall meeting in Selma Monday night to give residents an opportunity to voice their concerns before the legislative session begins next month.

The main concern voiced by Selma residents revolved around education, both funding and improving outcomes for students.

“I want to listen to what you have to say,” Chestnut said before opening the floor up to those in attendance. “I want to know what your concerns are.”

Carolyn Bates, a former Dallas County School Board of Education member, noted that schools in the area have been on the failing list since 1990

“There are some significant problems with our children in this area,” Bates said. “I know the problem is somewhere and we need to get in there and figure out where.”

Bates noted that the area has had problems recruiting math and science teachers and that seniors are continually reading at a ninth-grade level. While she stated that teachers are being paid fairly well, Bates said the community has to be made more appealing for educators considering teaching in the area.

Another resident voiced support for an education lottery in an effort to raise much needed funds for the struggling school district.

“We’re struggling in so many ways financially,” Obomanu said.

Cynethia Pettaway raised similar concerns, noting that there needs to be a fair split for county funds used to invest in Selma schools.

“There are just some things that need to be done in that area,” Pettaway said.

Collins Pettaway III discussed the need to protect rural hospitals, noting that Selma’s hospital serves several Black Belt counties, and asked Chestnut what he could do to ensure they remained open and were able to upgrade as needed.

For his part, Chestnut noted that he continues to support the expansion of Medicaid but was not optimistic of it happening due to the Republican majority in the Alabama legislature.

“I think it just comes down to politics,” Chestnut said. “There’s just no logic behind it.”

Former Selma Mayor George Evans also talked about schools, specifically a “lack of accountability in a lot of areas.”

Evans also advocated for a state lottery to fund education.

On Monday, organizers for the 54th Anniversary Bridge Crossing Jubilee in Selma held a press conference to announce a bevy... read more